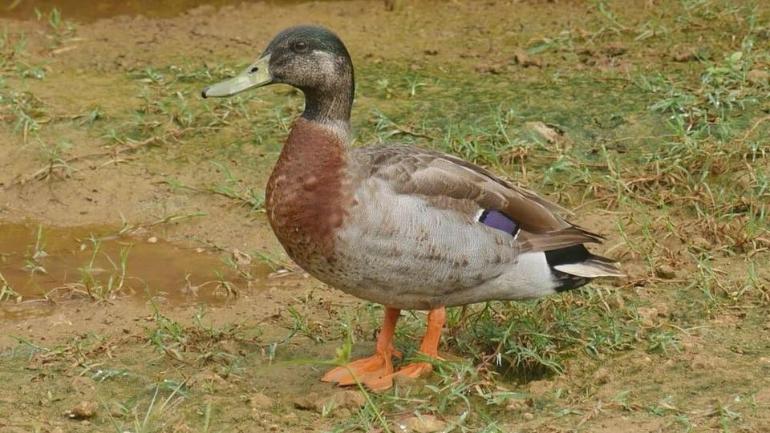 revor, the world’s ‘loneliest duck’ that called Niue its home, has died after an attack by a pack of dogs. The small South Pacific island of Niue, that Trevor called its home, is in mourning over the death of its favourite duck.

Trevor was attacked by dogs over the weekend on the island.

“He was seen dead in the bush after being attacked by dogs,” it said.

Trevor arrived on the island last year during a storm, and soon became a local celebrity.

He was christened Trevor after the Speaker of the House of Representatives in New Zealand, Trevor Mallard.

Given that Niue lacks the wetlands and ponds that are the bird’s typical habitat, Trevor had to make do with a puddle alongside a track near the island’s international airport.

Last week, the Facebook page put out a call to followers after Trevor was not seen for nearly a week.

“I’m lost and can’t find my Puddle. Has anyone spotted me this week around Niue?” it asked.

On social media, condolences poured in for the world’s loneliest duck.

A user tweeted, “Awwww, RIP lil guy. Now you can join your clan.”

Another user wrote, “RIP Trevor the duck. Gone too soon.”

Just when you think it couldn’t get any more sad i click on the article and find out how he died pic.twitter.com/KSLDWAYhN9 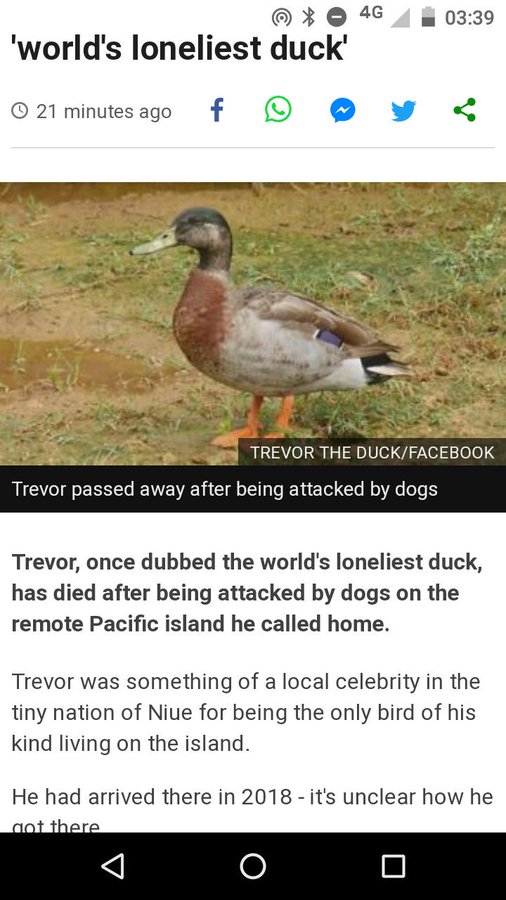 I’m not saying that the news in NZ is less weighty than US current events but…. https://i.stuff.co.nz/national/110191063/nz-parliament-sends-condolences-to-niue-over-ducks-death …

His namesake Trevor Mallard has sent condolences to the island nation on behalf of NZ’s Parliament.

Awwww, RIP lil guy. Now you can join your clan..

But like it is usually with social media, some users had a different reaction to the news. Along with the RIP messages, social media also saw images of roast duck from people’s dining tables.

Through the Facebook page, Trevor the duck had become an ambassador for the tiny island of Niue.