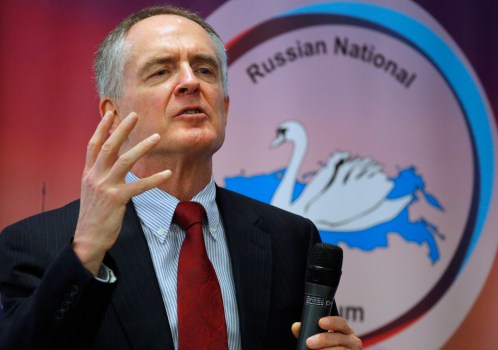 A prominent white nationalist is suing Twitter for banning his accounts at a time when social networks are trying to crack down on hateful and abusive content without appearing to censor unpopular opinions.

Taylor is the founder of the Virginia-based New Century Foundation, an IRS-classified charity that operates the American Renaissance online magazine. The magazine touts a philosophy that it’s “entirely normal” for whites to want to be a majority race.

Twitter suspended the accounts of well-known white nationalists in December, saying it was enforcing new rules aimed at reducing abusive content. Social media sites are under increasing public pressure to quickly flag and ban abusive, hateful and bullying posts by some of their billions of users.

Twitter’s new policy addresses hateful images or symbols, including those attached to user profiles. The company said its monitors now view hateful imagery in the same way as graphic violence and adult content, which have been banned since the company’s inception.

Taylor said Twitter informed him via email on Dec. 18 that it was suspending his account and one in the magazine’s name, alleging they violated the company’s user agreement barring affiliations with “a violent extremist group.” Twitter didn’t name the extremist group, Taylor said.

Taylor denies that he and his organization advocate violence or associate with groups that do. His lawsuit seeks unspecified damages and the restoration of Taylor’s accounts.

Similar challenges have been filed in California. Conservative activist Charles Johnson has a lawsuit against Twitter pending in a Fresno court after he was banned in 2015. The nonprofit Prager University is suing Google in Los Angeles federal court, alleging YouTube wrongfully censored some of its politically conservative content.

Some of those who have been banned complain that social networks are unfairly blocking legitimate speech and stifling their public outreach. Taylor alleged in his lawsuit that Twitter’s ban has dealt a “crippling blow” to New Century Foundation fundraising.

Politically conservative Twitter users filled social media sites Wednesday with complaints that they lost thousands of followers amid a “purge” of suspected Russian bots. “TwitterLockOut” became a top trending topic in the U.S. for several hours.

Richard Spencer, a white nationalist with more than 80,000 followers, tweeted that he’s “lost close to 1,000” of them over the past few hours and that there was a “major purge underway.” Hours later, though, he posted again that his followers were “creeping back up.”

“Apparently, there was a mass demand to verify accounts with phone numbers, not exactly a purge,” he said.

It came after Robert Mueller, the U.S. special counsel, charged 13 Russians on Friday in a plot to interfere in the 2016 U.S. presidential election through social media propaganda.

In a statement, Twitter said its tools are “apolitical, and we enforce our rules without political bias.”

The company estimates that about 5 percent of its accounts are spam or malicious bots. Twitter uses automation and employees to purge malicious accounts, though it can amount to a game of “whack-a-mole” as new accounts pop up.