WhatsApp is working on a feature in its app which will empower its users to prevent spam messages, a watcher of the app’s beta changes said.

According to WABetaInfo, a fan website that tests new features, the feature is still in its beta version and isn’t officially enabled yet. This feature will be developed for both Android and iOS, platforms for which it is already being tested (disabled by default). 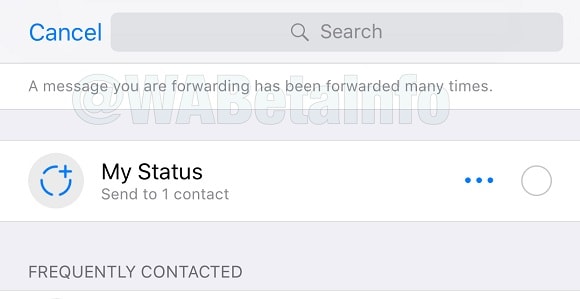 Spam messages are those which a user sends in bulk to its list of contacts.

“A spammer never sends spam messages to a single contact, but he is used to sending them to multiple users, selecting them in his contacts list, picking these data from the internet or from some registration services,” WABetaInfo said.

“These messages may contain unwanted advertising and fake news, and they often invite you to forward the message to your contacts,” the website added. 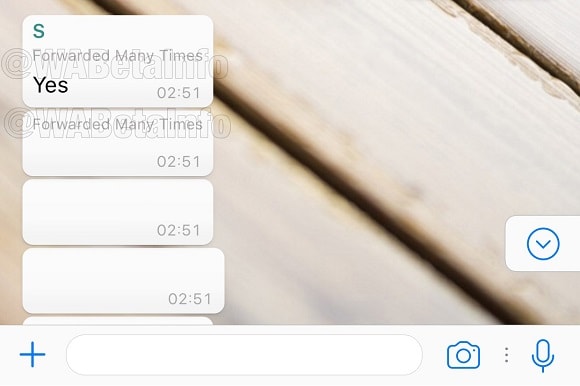 Users are used to forwarding one or multiple spam messages to multiple contacts using the Forward option in WhatsApp – for this reason, WhatsApp is going to inform you about messages that have been forwarded many times.

If the user needs to send a message to many contacts, WhatsApp recommends users utilise the Broadcast List feature, where only contacts that have your phone number in their address book will receive your message.

Recently, some WhatsApp for Android users across the world were hit by a version ‘obsolete’ error that was due to the manner in which the app was distributed on Google Play. The Facebook-owned messaging service had said the error was being fixed, and that its occurrence was out of its control.

Separately, WhatsApp was recently spotted testing a feature for groups called ‘Dismiss as Admin’. The feature allowed group administrators to remove admin privileges for other users in the group without first removing them from the group.

Written with inputs from IANS