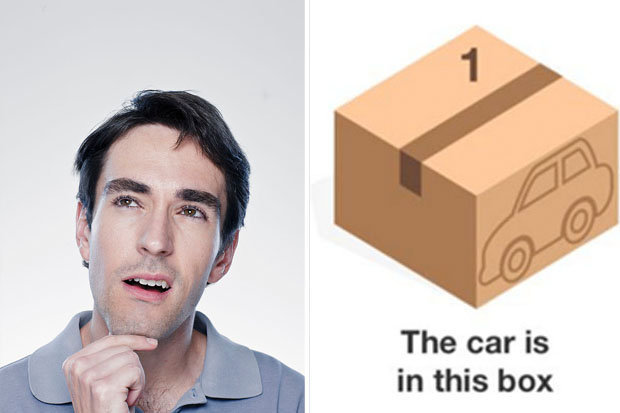 The latest puzzle calls on people to use their powers of logic to work out which box a car is in based on three statements.

Created by user Puzzlefizzy on the website Brilliant.org, the picture features three identical boxes each with a car inside.

Each box is labelled with a statement, but cryptically only one is true. 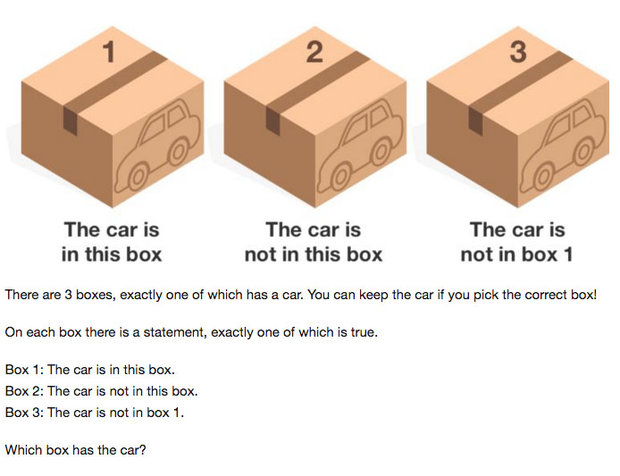 LOGIC: Can you solve this puzzle?

Your job is simply to work out where the car is.

But the tricky puzzle has left a lot of people stumped, with only 36 per cent of internet users choosing the correct answer.

The logical conundrum comes after internet users were baffled by an optical illusion of a pair of legs.

Likened to “The Dress”, the legs were either covered in paint or oil depending on what you saw.

To work this puzzle out, it’s all about elimination.

The car isn’t in box one, because otherwise statements one and two would be correct.

Similarly, the car isn’t in box three as that would mean statements two and three would be right.

That just leaves box two, because the statement on box three is the only one correct.