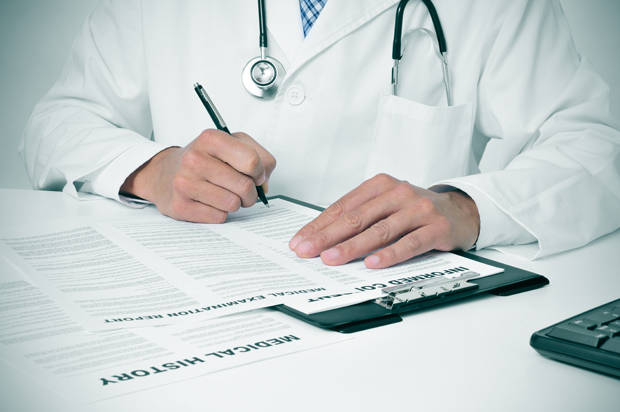 As has often been said, with great power comes great responsibility. As we saw in the recent election, social media is a great example of a powerful medium that can change minds and change lives but can also give credibility to false or misguiding information.

As someone diagnosed with Parkinson’s disease (PD) nine years ago, I’ve been thrilled at seeing social media’s growing power as an agent for good. As our advocacy community has grown, social media has allowed for more information to be circulated in the PD community than ever before, and has become a vital link through which we share experiences, raise awareness about quality of life issues, point people to clinical trials, spread knowledge about cutting-edge research and, maybe most importantly, raise critical dollars to fund it. Connecting our community more tightly together has underscored the important role each of us can play in finding an eventual cure.

A downside to the awesome power of this platform comes from not knowing or perhaps not caring about the source of information shared on social media. Just as “fake news” has flourished in an environment where speed, rather than accuracy, is what counts, patients — who are understandably vulnerable to hopeful reports about their disease — must recognize that not everything they read is equally credible. In my years of advocating for PD-related causes, hundreds of so-called “miracles” have been announced, all of which have proven to have disappointing results.

Recently there was a flurry of media coverage and excitement in the patient community about a small, open-label study in which people with PD were given a cancer drug called nilotinib. The majority reported major improvement in their PD symptoms. Recognizing a good story, highly respected media outlets including NPR featured hopeful accounts of patients who saw nilotinib as a miracle drug. Social media channels lit up with the news, causing many in the PD community to ask their physicians to prescribe it without knowing whether the drug would be safe or effective for long-term use in PD. One comment that caught my attention on social media: “I don’t understand what the problem is. It works. Give it to everybody with PD.”

Somehow, lost in all the hype was the fact that the study only included 11 people with PD given nilotinib for 6 months (one of the 12 patients died during the study) — not a scientifically valid sample size nor study design. Also lost in translation was the fact that nilotinib, when used in cancer, carries a black-box warning regarding life-threatening risks associated with the drug. As someone with no scientific background but keen interest in research, I wouldn’t have given these results a second look. Instead, I was frustrated and saddened to learn that so many people had pinned their hopes on such flimsy research.Sound, responsible science needs to be held to the highest standards, and I wish that more attention had been paid to the study’s early stage; if so, I believe the response would have been more measured. There is a purpose and a reason that protocols for human research have developed, and that is to balance the need to move as quickly as possible toward effective treatments against the need to ensure the safety of everyone who takes a drug.

The research community is working on behalf of all of us, and we owe them our gratitude. Nonetheless, scientists must be vigilant in their commitment to present promising early information only alongside a full accounting of possible risk.

As patients, we fervently wish that finding the “miracle cure” were easy. But in our heart of hearts, we know there is much more involved in finding out if a treatment is effective in slowing or stopping the progression of a disease. We, too, have a responsibility to educate ourselves, ask the tough questions, and balance the hype even as we allow ourselves cautious optimism about possible steps forward.

The PD community has accomplished so much: We are close to unraveling the underlying mechanisms of the cellular process of PD, and to vastly improved solutions for diagnosing, treating and managing the disease. Breakthroughs are sure to come if we keep invested in the process; we each have an important part to play. Nevertheless, our inability to date in finding a cure leaves us vulnerable, not just in our bodies, but also in false hope.

I ask the PD community — including family and friends — that we take a more tempered approach to what we read and with what standards we judge, especially in the online world. Our need is great, and our responsibility is greater. To the media and the grassroots social media community, please, dig deeper and make sure what you promote is the real deal. We want to believe you.