Home
Social Media
TrulyMadly vs Tinder: Who is the pioneer and who is mimic?
Nine out of ten brands copy the one successful player’s strategy. Why it doesn’t usually result in a flurry of lawsuits is because brands know that mere cloning isn’t enough. You ought to copy smart. Or you’ll get caught. It’s a lesson every school kid learns from the examination hall invigilator: ‘Cheating karne ke liye bhi akal chahiye hoti hai’ (You need brains even to cheat well). Global mobile dating app Tinder didn’t learn this lesson well, alleges Indian dating app TrulyMadly. Sachin Bhatia, co-founder & CEO of TrulyMadly feels that Tinder has been blatantly copying his firm’s initiatives ever since the global hook up service started its India operations. 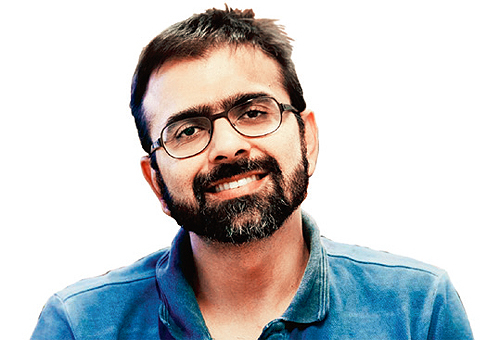 In November’15, TrulyMadly (TM) teamed up with 50-60 popular restaurants across the country to provide lucrative offers to its users to encourage them to ask their match out on a date. In January’16 Tinder India announced a similar offer only it had tied up with food-listing and ordering app Zomato. So, what, you’d reason? That’s the most obvious strategy any player with a good network alignment will adopt in the dating space. Yes. But there’s still one oddity around this: The TrulyMadly offer was called Datelicious. Tinder India’s initiative was referred to as Tinderlicious. Coincidence much? “There’s nothing wrong with emulating product features or localising them for a different market. But at least change the name,” says Bhatia.
Defendant’s PoV

We asked Tinder if it was plain coincidence that the names of similar initiatives were also this similar. To this, Taru Kapoor, India head of Tinder, says, “‘Tinderlicious’ (among other terms) has been in pop culture globally for over two years and is synonymous with our brand, which lent itself seamlessly to the collaboration (with Zomato).” 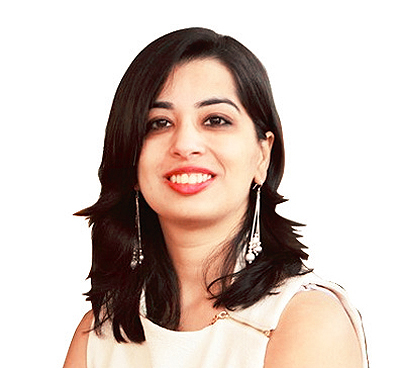 In August’15, TrulyMadly started speed dating for its users in Pune. The initiative was later extended to Mumbai and Delhi (the latter was only for people involved with startups in the city). In January’16, Tinder tied up with Food Walk India for #DinnerWithStrangers initiative to be organised at Monkey Bar in Delhi. Bhatia alleges this too is a rip off of their speed dating strategy.

“‘Dinner with Strangers’, and other such community focused events are meant to engage with our community and the underlying concept is to provide a platform to meet and connect with new like-minded people, which is essentially what Tinder is all about,” says Kapoor. “Tinder has never officially participated in any speed dating events nor does it plan to in India. It is a dated concept and simply doesn’t make sense for our brand,” she adds.

Tinder recently did a video with content creators The Viral Fever (TVF) titled ‘Eat, Pray…Swipe’. “It was the same script that TVF had pitched us first and my content team had rejected it. I think they must have thought, TM did a video with AIB (All India Bakchod), let’s do one with TVF,” says Bhatia.
Defendent’s PoV
Tinder didn’t comment on this particular allegation. We reached out to TVF as well to know what the whole deal was. Tarun Tripathi, head of brand solutions at TVF, tells us, “TM had approached us to make some women-centric content around online dating. We had bounced a few ideas around and unfortunately couldn’t find the right content fit, and hence exited from the conversation. At a later period in time, we struck up conversations with Tinder and came up with an idea both the brand and TVF felt worked, and which then turned into “Eat, Pray… Swipe.”
The Verdict

Let’s look at each of these allegations and their defence in descending order:

Firstly, Contentwallahs pitch ideas to multiple vendors and finally go ahead with the one association that benefits both parties. To say Tinder is copying TM by getting TVF is stretching it a tad because almost every second player in the marketing world is trying to get the likes of AIBs and TVFs to make videos for them irrespective of whether it makes sense for the brand. As for who pitched what to whom, there’s no easy way to prove these insinuations because of lack of adequate documentation. Perhaps both the accuser and the accused could learn from this episode to avoid such situations in future?

Secondly, there’s only so much one can do to initiate meeting opportunities in the dating app space. Speed dating originated in Jerusalem in 1974. So, none of the players in the dating apps market can claim copyright for the idea. However, we don’t know how Tinder’s explanation helped in clarifying that #DinnerWithStrangers has nothing to do with speed dating.

Finally, is ‘Tinderlicious’ an outcome of inadequate research on the competition? Or is it the ‘We’re too big to care’ attitude talking? Perhaps the catchy term could have been used for another initiative? Sumesh Menon, co-founder & CEO of Woo (yet another match-making app) thinks the similar names are just happy coincidence. “I don’t think the two players are looking at each other to track what the other is doing,” he adds. Could it have been avoided? Yes. 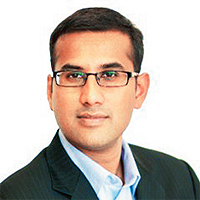 “They are a big company, globally. We look up to them. But I feel the people on the ground (here in India) are just taking shortcuts. We’re willing to slog it out in the market with them. Just don’t blindly copy,” says Bhatia.

Menon offers an unbiased perspective: “You can’t copy your way to success. And if the user goes in a certain direction, every player needs to follow. You can’t say the rest are copying the one who was the first to follow them.” Another player suggests this catfight is just a gimmick to draw attention. Given how each of these players are struggling to gain user base and more importantly revenues in India, it would really help if they just focused on bettering user experience instead of squabbles. Also, remember: imitation is the sincerest form of flattery. And if the mimics are doing a better job, the pioneer must consider it a warning sign.