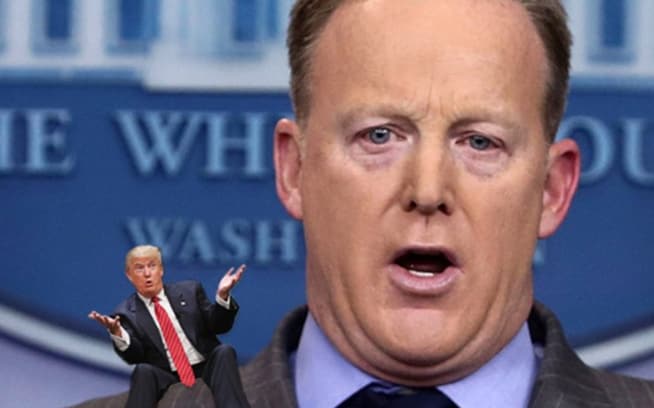 US President Donald Trump is, its fair to say, prone to the occasional bit of self-aggrandisement – and he’s not known for his ability to laugh at himself.

Consider his reaction last year to claims he has unusually small hands. “Look at those hands,” he said, holding them up in front of a huge debate audience. “Are they small hands? …I guarantee you there is no problem. I guarantee you.”

For a man so concerned about how the public perceives his stature, one wonders what the 45th President of the United States would make of Tiny Trumps, a new online craze for photoshopping pictures of the Donald to make him look smaller.

The meme has now spawned its own subreddit, where web users have been sharing doctored pictures of Trump looking tiny. Here are a few of our favourites.

1. Trump needs help with his tie

4. Stay in the lines Mr President

5. Trump with the grandkids

9. The Tiny Eagle Has Landed

13. Honey I Shrunk The President

17. All the US Presidents