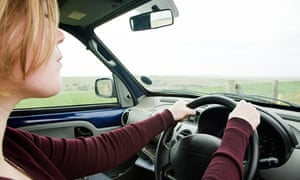 Think of it, to use the ingenious phrase coined by my colleague John Harris, as “Stasi capitalism”. That might sound like an overreaction to the announcement of a new car insurance scheme, but hear me out.

Admiral has publicised a new service – firstcarquote – which it hopes will analyse the Facebook posts of first-time car owners, looking for evidence that they’re the kind of well-organised, conscientious types who will be safe on the roads. (It’s still a hope at this stage after Facebook appeared to call a halt to the scheme just two hours before launch.) If you use a calendar or bookkeeping apps, tend to write in short, coherent sentences and use lots of lists, you’ll look like a safe bet and might qualify for a discount. But if your social media history is chock-full of exclamation marks, with a heavy use of “always” and “never” rather than the more cautious “maybe”, that might suggest you’re a tad on the over-confident, even reckless side – and you’ll have to pay the full rate.

Admiral is hardly the first company to seek to exploit the data we generate about ourselves this way. As today’s Guardian report points out, the health and life insurer Vitality is willing to sell you an Apple Watch at a discounted price – just so long as you let the company keep an eye on how many steps you’re doing and it decides you’re getting enough exercise.

If that strikes you as sinister, there’s a good reason. You only have to have read a little dystopian science fiction to know that human beings have an aversion to being watched by machines – and an even greater aversion to being judged by them.

It was bad enough when it slowly dawned on people, the young especially, that their social media history could well be examined when they applied for a job or place at university. Whatever they put on their CV or résumé, a quick Google would reveal another, potentially more damning, picture. With that came the realisation that an active presence on social media came at the cost of privacy, that it was no longer possible to have a past that remained in the past, that even a minor episode of adolescent misbehaviour could live on – and have consequences.

But at least in those situations there was the consolation that any decision would be taken by a human being. The university or potential employer could look at your Facebook posts and judge them – and you – in the round. There will be no such discretion from – or right of appeal to – Admiral’s algorithm.

Of course, the company is oozing reassurance: it will be voluntary, it’s only for first-timers, it’ll only affect discounts not the basic price. But you’ll be forgiven for being sceptical. When everyone who agrees to being data-analysed qualifies for a cheaper rate, then the one who refuses – or fails the social media test – will, in effect, be paying a premium. The semantics may say otherwise, but that will be the reality. And if it works, of course its use will spread.

In a way, the Vitality case is the more troubling. As it stands, the Apple Watch scheme is just a clever way to incentivise exercise. But it will be very tempting for health insurers to start using the data they’ve picked up electronically from their customers to set their rates for basic healthcare coverage: higher premiums for those revealed to be taking the lifts rather than using the stairs. In the UK, where we have the NHS that may not be such a terrifying prospect. But in the US, where companies can deny you health insurance or charge unaffordable premiums, your social media profile could make a life-changing difference.

In the old days, intrusive, all-seeing surveillance was associated with the state. Governments are still watching us, of course. But these days Big Brother is just as likely to be a big corporation; today’s Stasi agent is the phone in your pocket. What’s worse, it’s you who put him there – and told him everything he knows.

• This article was amended on 2 November 2016 as the launch of firstcarquote was halted just before it was due to launch. The second and third paragraphs and the standfirst have been revised.