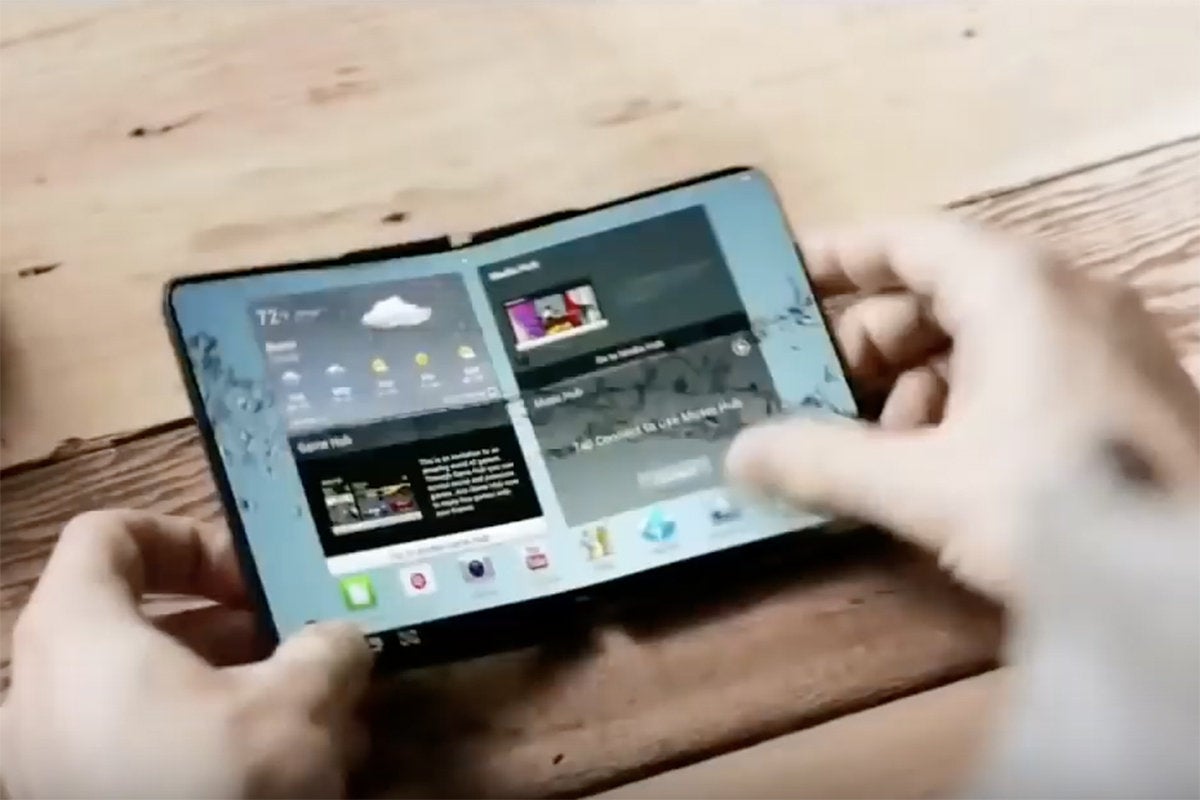 The Galaxies are coming, the Galaxies are coming! According to a Bloomberg report, Samsung is eyeing a new slate of flagship handsets next year that won’t just be a riff on the Galaxy S9 that was introduced earlier this year. And along with revolutionary designs and features, there’s one thing that might be missing from the new phones: a headphone jack.

Mentioned in this article

As Sam Kim reports, the Galaxy S10 will be loaded with next-generation features that were largely missing from the Galaxy S9 this year, including an in-display fingerprint sensor, triple cameras on the rear, and a front camera “tucked under the screen.” The phone will reportedly have “almost no bezel at the top and bottom.”

But the bezels might not be the only thing that’s missing. Kim reports that Samsung is “toying” with a prototype that abandons the headphone jack, one of the key differentiators between the Galaxy flagships and Apple’s iPhone. Numerous Android phone makers, including Google, Huawei, and HTC, have dumped the headphone jack for USB-C audio, but Samsung has thus far resisted the trend, while hammering home the presence of the port in ads and commercials.

[ Further reading: The best Android phones for every budget. ]

Samsung is also working with Verizon to deliver 5G support in the U.S. models of the new phones, the report says.

Along with the same 5.8-inch and 6.2-inch models of the Galaxy S10, Samsung is also reportedly working on a “cheaper version” of its new phone, akin to Apple’s iPhone XR. This new third model of phone would be visually and functionally different than the two curved Infinity Display models, however, with a flat screen and likely a standard fingerprint sensor.

While the report doesn’t speculate on the pricing of the new phones, the affordable model would presumably clock in at well under $700. The Galaxy S9 currently sells for $720, while the Galaxy S9+ retails for $840. Apple’s iPhone XR starts at $749.

Know when to fold ‘em

There will also reportedly be a new phone at the top of the Galaxy S10 lineup as well. After years of rumors, the company is reportedly ready to unveil its first foldable-screen phone. Samsung apparently hasn’t finalized the design but has narrowed it down to to models: “one longer horizontally and the other vertically when unfolded, while both open from side and side.” The company’s designers are reportedly leaning toward the taller portrait model so it’s easier to hold in one hand.

According to Kim, the phone will open with “a snap” like the Motorola RAZR phones but has a “smoother feel.” The phone also has a four-inch screen on the outside that’s viewable when folded “allowing users to enjoy basic features—like checking emails and messages—without having to flip it open.” It sounds similar to a phone shown off in a wild 2014 concept video about a futuristic world with slide-out tablets and do-it-all Bluetooth earpieces.

Samsung is dealing with a few issues before it can release the phone to the public, however. The first is the hinge. While Kim says it has passed Samsung’s internal threshold tests of folding more than 200,000 times, the company is concerned about the unique screen’s production yield-rate. He also says the screen “shatters like dried paper” when it cracks due to a special coating that’s on it.

Kim also says the new model likely won’t have a fingerprint sensor and might use a smaller battery than other flagships due to weight concerns.

Samsung is reportedly working closely with Google on a special version of Android as it the develops the new phone. Executives had hoped to show off the new handset at Samsung’s developers conference next month, but its introduction may be limited to conceptual images due to the aforementioned production issues