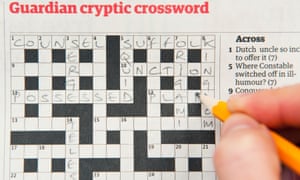 By common consent 2016 has been a challenging year, a year of disasters, what with Brexit, the election of Donald Trump as US president and a litany of celebrities who have sadly passed away. It is therefore often difficult to remember that parallel to this we are living through something of an arc of progress. The world is getting richer, with the number of people living in extreme poverty falling below 10% for the first time. Indeed, since 1990 almost 1.1 billion have escaped extreme poverty. World hunger also reached its lowest point for 25 years in 2016.

For the first time ever the death penalty has become illegal in more than half of the world’s countries and the world got healthier, with a World Health Organisation report showing that since 2000 global malaria deaths have declined by 60%. Since their peak a decade ago Aids-related deaths have fallen by 45% and infant mortality has halved since 1990. Taiwan is on the verge of becoming the first Asian country to legalise same-sex marriage and Tanzania banned child marriage.

For many 2016 may have been seen as the worst of times, but let us not forget it has been on the best of times too, so let’s not be too pessimistic as we enter 2017.
Alex Orr
Edinburgh

• As we near the end of this dreadful year and face the new one with its likely consequences of past decisions, at least we have the Guardian to look forward to as a means of trying to retain our sanity. From your considered reporting and analysis of events home and abroad to the wicked humour of your cartoonists and columnists, there will be much consolation to look forward to. And this includes your crossword compilers; Paul’s 22 down, 16 today outrageously sets the tone. Thank you all.
Trevor Masters
Fareham, Hampshire

• It’s interesting that, in what appears to be a hierarchy of notable deaths in your centre spread (29 December), David Bowie is at the top and the poet Sir Geoffrey Hill at the bottom. Arguably both utilised a “recondite vocabulary enjoyable for its very strangeness”.  “… All echoes are the same in such eternity…” (Funeral Music, 1994, Geoffrey Hill).