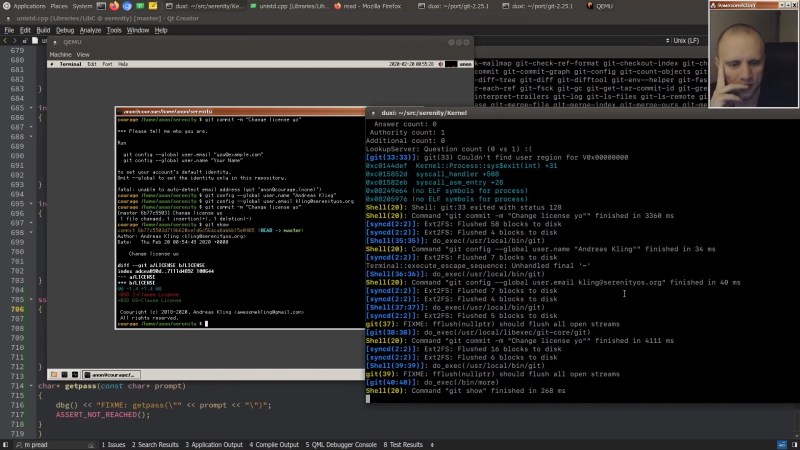 Life is all about the little joys — such as waking up in the morning and realizing there’s still plenty of time before you have to actually get up. Or getting up anyway to watch a delightful sunrise as the city slowly wakes up, or as [Andreas Kling] chose, porting your favorite development tool to the operating system you wrote.

With the aesthetics of ’90s UI design and the functionality of a simpler 2000s Unix-style system core in mind, and personal reasons to keep himself busy, [Andreas] started SerenityOS a little while back. Of course, writing your own operating system is always a great educational exercise, but it takes a certain amount of commitment to push it beyond an experimental playground phase. So ideally, you’d eventually want to use it as your actual main system, however, as software developer, [Andreas] was missing one crucial component for that: git. Well, he decided to change that and just port it — and as someone who likes to record his hacking sessions, you can watch him along the way.

Admittedly, watching someone tweaking some build tools and compiler settings would normally sound anything but overly exciting, but it adds a few more layers to it when doing so for a work-in-progress OS written from scratch — from digging into libc implementations to an almost reverse engineering approach to the build environment. If you take pleasure in people’s thought process in problem solving and (spoiler alert) their success, you will enjoy watching [Andreas]. On the other hand, if you’re more curious about a fresh approach at a desktop operating system, SerenityOS itself might be worth looking into. Of course, there are other options for that as well.