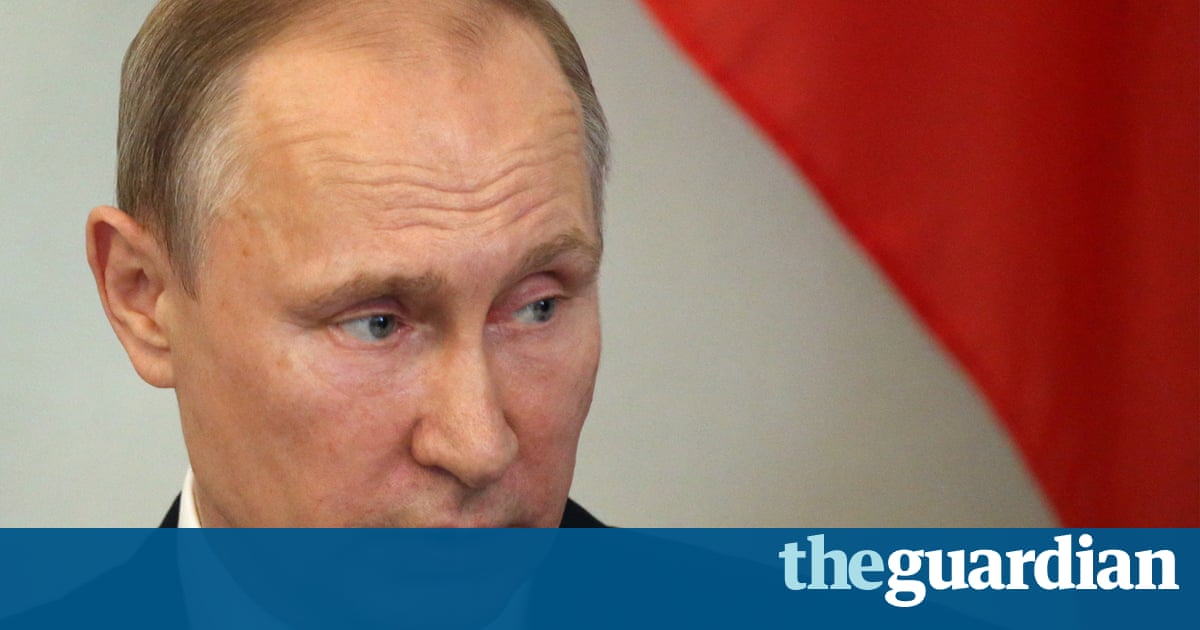 Vladimir Putin has accused US lawmakers of “insolence”, and promised Russia will retaliate if the latest round of US sanctions against Russia are signed into law.

The House of Representatives voted by 419 votes to three on Tuesday to pass the new sanctions bill, which targets Russia as well as North Korea and Iran.

The US legislation was passed overwhelmingly by the Senate on Thursday, and will now go to Donald Trump for his signature. Trump, who enjoyed two warm conversations with Putin at the G20 summit earlier this month, is likely to face a major backlash if he attempts to veto the legislation, with his administration already embroiled in a Russia scandal.

“We are behaving in a very restrained and patient way, but at some moment we will need to respond,” said Putin at a press conference with his Finnish counterpart, Sauli Niinistö.

“It’s impossible to endlessly tolerate this kind of insolence towards our country,” Putin said, referring to the sanctions. “This practice is unacceptable – it destroys international relations and international law.”

Putin was vague on exactly how Russia might respond. The newspaper Kommersant quoted two unnamed sources saying a range of potential responses was under consideration in Moscow, including expelling US diplomats, seizing diplomatic properties, increasing restrictions on US companies working in Russiaand halting enriched uranium shipments to US power plants.

Before leaving office, Barack Obama ordered the expulsion of 35 Russian diplomats and the seizure of two Russian diplomatic compounds, in retaliation for Russian meddling in the US election. Russia made the unusual move of not responding reciprocally, allegedly after being given assurances that the incoming Trump administration would reverse the move.

However, that has not happened, and the foreign ministry spokeswoman Maria Zakharova complained recently that US authorities were not granting visas to Russian diplomats the foreign ministry wants to send to replace those expelled. She said reciprocal measures would be forthcoming if this policy did not change.

Putin and other Russian officials have repeatedly denied any meddling in the US election, while US intelligence agencies say they have overwhelming evidence of a coordinated Russian campaign. Putin on Thursday described the allegations as “hysteria”, and said: “It’s a great pity that Russian-US relations are being sacrificed to resolve questions of domestic politics.”

Although Trump has repeatedly spoken of a desire for improved relations with Russia, the electoral interference allegations have prompted Democrats and Republicans to unite in support of tougher sanctions. It seems inevitable that further US sanctions will be met with a firm Russian response.

“Hope dies last but it is dying,” wrote Konstantin Kosachev, the chairman of the foreign relations committee of Russia’s upper house of parliament, after the US vote on Tuesday. “The further degradation of bilateral cooperation is inevitable, even though it seems like it couldn’t get any worse.”