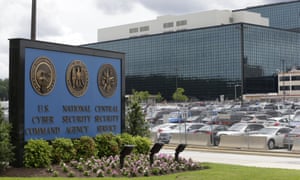 Privacy activists, human rights campaigners and former US security officials have expressed fears over the prospect of Donald Trump gaining access to the vast global US and UK surveillance network.

They criticised Barack Obama’s administration for being too complacent after the 2013 revelations by the NSA whistleblower, Edward Snowden, and making only modest concessions to privacy concerns rather than carrying out major legislative changes.

The concern comes after Snowden dismissed fears for his safety if Trump, who called him “a spy who has caused great damage in the US”, was to strike a deal with Vladimir Putin to have him extradited.

Snowden, in a video link-up from Moscow with a Netherlands-based tech company on Thursday, said it would be “crazy to dismiss” the prospect of Trump doing a deal but if personal safety was a major concern for him, he would not have leaked the top-secret documents in the first place.

Snowden, wanted by the US on charges under the Espionage Act, found asylum in Russia in 2013 but his visa is due to expire in July.

Privacy and human rights campaigners in the US and UK say a Trump presidency will tip the balance between surveillance and privacy decisively towards the former. The UK surveillance agency GCHQ is so tied up with America’s NSA, often doing work on its behalf, it could find itself facing a series of ethical dilemmas.

On the campaign trail, Trump made an ambiguous remark about wishing he had access to surveillance powers.

“I wish I had that power,” he said while talking about the hack of Democratic National Committee emails. “Man, that would be power.”

Although Obama’s administration introduced a few modest concessions to the privacy lobby following Snowden’s revelations, he left the rest of the surveillance apparatus untouched. His approach has been to offer a modicum of transparency, much of it forced on him by the courts, in place of reform.

The White House, which would not comment for this story, has no evident regrets about that approach. The administration believes it has set an appropriate balance between intelligence authorities and civil liberties, and expressed confidence in intelligence professionals who will continue to serve in the NSA and FBI under Trump to act responsibly.

But others are less convinced. “There have been some people who were complacent about things like drone killing of US civilians and mass surveillance under Obama, because they trusted him. That wilful neglect on their part is about to come back and possibly bite all of us in the ass,” said Nick Merrill, the executive director of the Calyx Institute, a technology focused research group that promotes encryption tools.

Ben Wizner, Snowden’s lawyer who works for the American Civil Liberties Union, said: “The danger of the aggregation of executive power we have seen over the last decade is that we might have an executive who is not worthy of that trust. This has been a trend in the US but there has been a weakening of constitutional oversight during the growth of the national security state.

“I think many Americans are waking up to the fact we have created a presidency that is too powerful.”

John Napier Tye, a former state department official who became a reluctant whistleblower in 2014, warning of NSA dragnets, said: “Obama and Bush could have set the best possible privacy protections in place, but the trouble is, it’s all set by executive order, not statute.

“So Trump could revise the executive order as he pleases. And since it’s all done in secret, unless you have someone willing to break the law to tell you that it happened, it’s not clear the public will ever learn it did. Consider that even now, the American people still do not know how much data on US persons the NSA actually collects.”

Thomas Drake, an NSA whistleblower who predated Snowden, offered an equally bleak assessment. He said: “The electronic infrastructure is fully in place – and ex post facto legalised by Congress and executive orders – and ripe for further abuse under an autocratic, power-obsessed president. History is just not kind here. Trump leans quite autocratic. The temptations to use secret NSA surveillance powers, some still not fully revealed, will present themselves to him as sirens.”

One specific surveillance measure Trump proposed on the campaign trail was surveilling mosques and keeping a database of Muslims. “A grave concern we have is that his rhetoric is going to be perceived in some corners as a green light for unfettered surveillance activities. Our concern is not just about the NSA but also the FBI. The FBI doesn’t exactly have a great record over the last 15 years,” said Farhana Khera, the president and executive director of the US-based civil rights group Muslim Advocates.

The next flashpoint over the NSA’s powers will come late in 2017, when a major surveillance law permitting collection of Americans’ international communications is set for expiration, the legal basis for the NSA’s Prism programme which siphons information from the technology giants.The UK government has made even fewer concessions to privacy campaigners than the US. The UK parliament has passed the investigatory powers bill, due to receive royal assent shortly, that basically legalises the illegal activities exposed by Snowden.

Even in Germany, where public support for Snowden is at its highest, parliament last month approved legislation that ostensibly increases oversight of intelligence agencies but which privacy campaigners claim expands their powers.

Jim Killock, executive director of the UK-based Open Rights Group, said the NSA and GCHQ worked closely together. “Given that the agencies’ operations are nearly indistinguishable, it makes it incredibly hard for the UK to resist using our resources for risky endeavours or even human rights abuses … Trump’s election ought to remove the complacency MPs have been suffering from.”

Carly Nyst, a UK-based human rights lawyer, said: “The British people should be especially worried: the NSA and GCHQ act so closely, and intelligence is shared so fulsomely, that any increase in surveillance under Trump will undeniably touch upon the privacy of Britons’ communications.”

According to documents released by Snowden, now years out of date as technological advancements have developed, the NSA vacuums 5bn daily records just of cellphone locations. In April 2011, it was collecting an average of 194m text messages every day.

Through its partnership with Britain’s GCHQ, it has access to, among other things, webcam imagery, including pornographic material. GCHQ collected such imagery from 1.8 million Yahoo users in a six-month period in 2008.