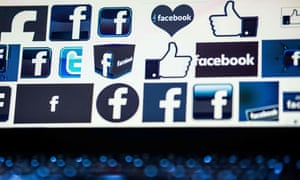 Tech companies such as Facebook and Google could be regulated in the same way as the mobile phone and broadband industry, the head of media regulator Ofcom was expected to say on Tuesday.

Sharon White was due to outline a potential system regulating social media companies’ in-house complaints processes. Targets would be set for how quickly they removed offensive content and substantial fines issued if they failed to meet these standards. Such a system could be modelled on the existing British method of regulating telecoms companies.

“Trust in them is already weakening,” she was expected to say in comments first reported by the Telegraph. “Our research shows that people see social media platforms as the single biggest source of online harm – and most people want the rules to be tighter.”

An Ofcom spokesperson made it clear that the ultimate format of any regulatory system would be a matter for the government.

White was expected to describe the current situation, where TV and radio broadcasts are strictly regulated but large swaths of the internet are not, as a “standards lottery”.

“As a regulator, we are required to keep audiences safe and protected – irrespective of the screen they watch or the device they hold. Without even knowing it, viewers are watching the same content governed by different regulation in different places or none at all.”

Ministers and media industry executives, especially those belonging to newspaper groups, which have felt threatened by the advertising dominance of Facebook and Google, have become increasingly bold in their calls for social media regulation. Their case has been boosted by the Cambridge Analytica scandal and growing public concerns about the impact of harmful social media content on mental health and the quality of public debate.

However, those calling for regulation in the UK have often been vague on what form this could actually take, whether it was possible for the UK government to impose controls on global social media companies that have US headquarters and exactly how hands-on the regulation should be.

Concerns have been expressed that regulation could close the social media market to new entrants due to the increased cost of doing business, potentially cementing the dominance of the existing market leaders such as YouTube’s owner Google, Twitter and Facebook, which also controls WhatsApp and Instagram. Tech firms have hired tens of thousands of staff in recent years to improve their moderation systems.

White’s decision to go public with her proposals reflects the growing willingness of Ofcom – which regulates television, radio and mobile networks – to play a role in shaping the future of internet regulation. Less than a year ago, White expressed doubt over the direct regulation of tech companies because of the “fuzzy boundary with censorship”. Over the past year, however, her language has toughened, culminating in this summer’s more direct warning to the likes of Google and Facebook.

The BBC director general, Tony Hall, was also due to give a speech on Tuesday where he will complain that video streaming firms such as Netflix and Amazon have substantially more financial firepower but are not regulated to the same extent as British public service broadcasters.