Facebook has rolled out a new feature that lets users wish their friends on their birthdays via a 15-second video on the platform. This seems to be aimed at replacing the birthday wishes on Facebook that are usually sent by users in text or image form.

The birthday cam feature has been rolled out for Facebook’s iOS app only so far. The feature comes into play as users head to the friend’s wall to post the wishes and prompts them to post a video instead. Users can add frames to the videos as well. 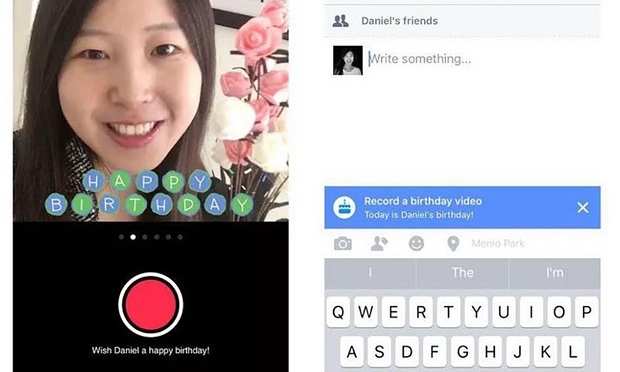 If the videos catch up, users will have a new (and interactive) way to wish their friends on birthdays, but may lead to spamming on their friends’ timelines. Only time will tell how Facebook users react to this new feature as going through all the videos may take up a lot of time.
Facebook has been bullish on videos for well over a year now and this step is likely to help video proliferation on the platform.
[source :-indiatimes]
Tweet Pin It