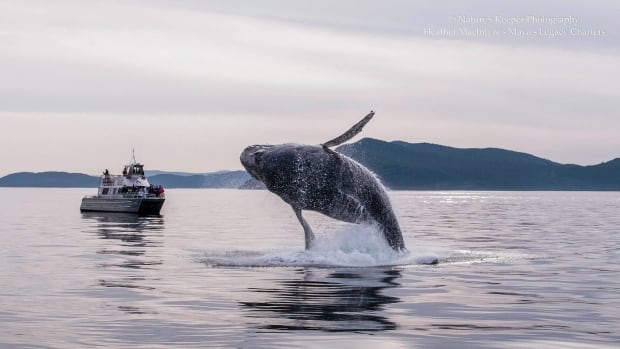 As concerns rise about the West Coast’s southern resident orca population, an international meeting is offering a mix of optimism and lament for cetacean species around the world.

Spong told On the Island host Gregor Craigie the IWC meeting heard that populations of great whales, including North Pacific blue whales and humpbacks, are rebounding.

Meanwhile, he said “the news for small whales, small cetaceans is, in many cases, quite disastrous.”

The mixed prognosis comes on the heels of a setback for the local orca population, following the death of a female orca named J28 after months of losing weight, and concerns for the survival of her latest offspring, J54.

And it follows a grim report released by the World Wildlife Federation this week which warned two-thirds of the wildlife on Earth will disappear by 2020.

The scientific committee at the IWC meeting warned several small cetacean species are in imminent danger of being wiped out, Spong said.

One is the vaquita, a tiny dolphin that inhabits the northern Gulf of Mexico and now numbers about 60 individuals, Spong said.

“And they’re still being caught in gillnets in a fishery that’s actually been banned by the Mexican government, but it’s producing a product that’s in high demand in China.”

As well, he said, the Maui dolphin in New Zealand is reduced to just 53 individuals. 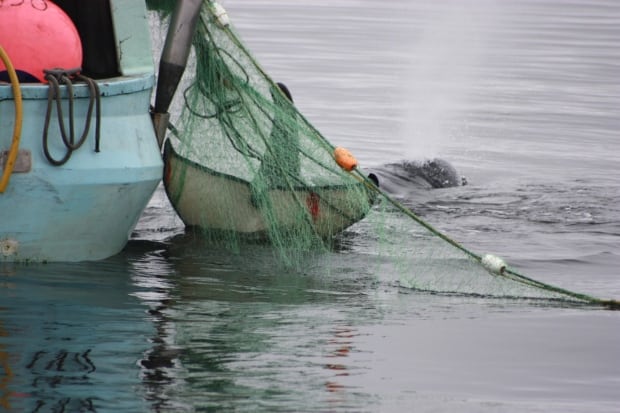 A seven-year-old orca known as I103, from pod I15, is shown caught in a fisherman’s net in this photo taken Aug. 21, 2014. After a tense rescue effort, which involved the whale being unable to surface for 12 minutes, it was finally freed and reunited with its family. (Nicole Mackay)

“Those two really interesting tiny species will probably be gone,” Spong said. “As will be the Irawaddy dolphin, which is a little dolphin that inhabits a nexus of rivers in Indochina.”

Spong said the Irawaddy dolphin has declined from six to three surviving individuals and is functionally extinct, meaning there are too few left to breed and give the population any chance of recovering.

Spong said reasons for declining cetacean populations include food supply and human activities such as oil exploration and seismic testing, but one of the biggest is entanglement in fishing lines and drifting nets.

“It’s now recognized as being a really important problem and I think the numbers are astounding,” Spong said.”There’s an estimate of 300,000 individual whales and dolphins that are killed annually as ‘bycatch’.”