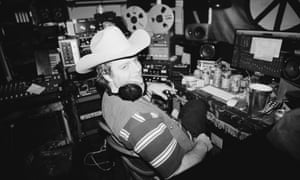 Yes, it’s tough being a white, trad-rock guitar guy today. People are saying you’ve dominated the cultural conversation for way too long and are loudly pushing back against you. The biggest rock stars are all rappers; female trap-poppers rule radio. Where do you go? How do you fit in?

Canadian upbeat balladeer Mac DeMarco has responded by – sigh – roving the wide-open plains of the well-mapped metaphorical American heartlandzzzzz, clutching what sounds suspiciously like a vial of authenticity, several buckets of perspiration and a saddlebag of James Taylor CDs. Cowboy may be similarly shaped to 2017’s This Old Dog – even encompassing another seven-minute semi-psych climax – but desperately misses that album’s emotional landmines. Instead, we get a grim, effortful affectlessness which reaches its lyrical nadir amid the gelded funk of Choo Choo (“choo choo take a ride with me/ Choo choo you can die”).

It’s beautifully played and engineered, with DeMarco’s nimble vocals softly caressing your speakers from inside, but it cossets where it could challenge. Next to the endless invention of, say, Vampire Weekend, this has all the unhinged antic spirit of a bank vault.