Home
Social Media
How to kick a social media habit 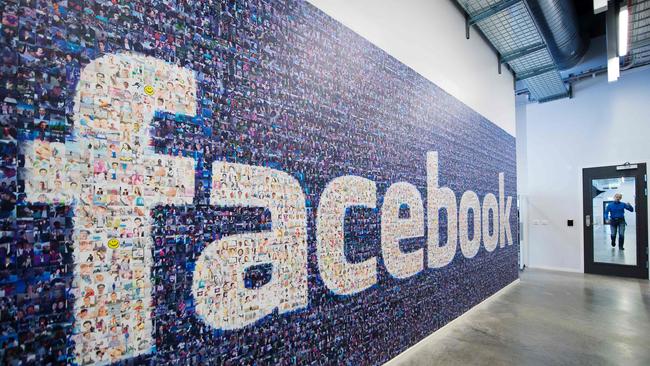 I DECIDED to delete the Facebook app from my smartphone when I realised I’d fallen into a habit of checking it when I woke up in the middle of the night.

Rather than rolling over and going back to sleep or reading for a while, I’d click open the app and spend as long as half an hour bathed in the soft blue glow of utterly pointless information being spewed into the void by my modest collection of Facebook “friends” most of whom I’ve hidden from view anyway.

No offence, but what your kids wore to Book Week is not at all important to me, cute as it may be.

But that’s the great ruse that apps such as Facebook, Instagram and Twitter have succeeded in drawing us into — the delusion that the “information” they provide is not only important, but also so important that we should interrupt the flow of our lives to immediately pay attention to it, to the exclusion of what we’re doing at the time, and who we’re spending our time with.

They do this by telling us we’re worthy of attention, and reinforcing that with a near constant flow of notifications that someone has looked at our profile, has “liked” a comment we made, or if it’s Twitter and you have any sort of public profile, someone has probably just abused you.

My first step, long before deletion, was to turn off notifications. If you haven’t done this already, do it now.

Seriously unless you’re running an online business you don’t need to interrupt your day and the tasks and people you should be paying attention to in order to be made aware of the validation offered by a Russian spam bot, or even one of your good mates, “liking” a photo of you catching a fish, or preening on the foreshore.

While “likes” are the mini-dopamine rush inducing hits which keep us coming back to social media, they are an entirely debased currency.

Likes are routinely dished out to people we haven’t seen for years, and oftentimes literally don’t even like.

But they’re the hook which brings our attention back, and that’s the key.

As is documented on the excellent Time Well Spent website founded by former Google design ethicist Tristan Harris, the battle for our attention is a zero-sum game being fought between all of the apps on our phones.

Whether it’s social media apps such as Facebook and Instagram, or games such as Candy Crush and Clash of Clans, the last thing they want is for you to leave their environment.

And they do this by consciously designing their products to be addictive.

A basic way to do this is to supply frequent, small, irregularly-timed rewards — a proven method of building anticipation and engagement and a well-worn business model in the poker machine industry.

Mr Harris, in a previous role, worked at the The Stanford Persuasive Technology Lab, which exists to: “(create) insight into how computing products — from websites to mobile phone software — can be designed to change what people believe and what they do’’.

And this design power is not necessarily used for the greater good.

Smartphones have engendered one of the most profound shifts in how we live our lives in human history.

I now have a device in my pocket which tracks my sleep, my activity, my whereabouts at all times, is a mobile bank and also a source of entertainment.

It’s also a device which has many of us trapped, feeling like we’re constantly tied to the office, or at the behest of other people’s desires for our attention or our own inability to turn off from constant reinforcement of social media engagement.

Misplacing our phone sends anxiety levels through the roof, and why? Because we might miss out on some all important update, a message, a phone call, a notification from a long-forgotten relative “liking” a photo of our dog from 2016.

But the most cursory analysis of how important these updates really are shows that the vast majority of any of these interruptions are inane in the extreme.

Personally I haven’t received even a phone call in the past few years to be honest, that was so calamitous in its import that I needed to receive it straight away.

And outside of amusing memes on Instagram the utility of my interactions on social media has dropped to a very low baseline, outside of it being used as a calendar function, with much of the intriguing media content on Facebook now filtered out, presumably for financial reasons best known to the company.

So what to do with this information?

The key is to make technology work for you. For me, and the good of my sleep patterns, Facebook had to go. I still check it occasionally on my desktop computer, and the rationing has turned it once again into an interesting way to catch up with what my friends are doing.

I regularly turn my phone screen grey — it’s amazing how much less attractive this makes the content it delivers.

And in general, it’s about, as the website says, ensuring time spent online is Time Well Spent.