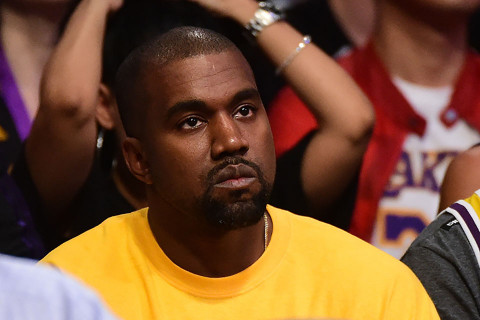 After a period of relative silence, Kanye West is back in action on Twitter and IRL, recently sitting down for a two-hour interview with Charlamagne tha God and stopping by the TMZ offices to speak his mind. Theories about what’s actually going through the rapper and all-around creative’s head tend to circulate widely when he’s in a talkative phase, and the latest to surface claims that this is all an elaborate piece of performance art.As posited by Twitter user @Snowcone965, with information taken from a thread on the Kanye to The forum as well as the Kanye subreddit, Kanye West has dropped hints that his behavior is just conceptual art unfolding in real time, inspired by artists David Hammons and Joseph Beuys and legendary comedian Andy Kaufman.

@Snowcone965 also notes that Tremaine Emory, aka Twitter user @DenimTears, is key to understanding his performance art theory, as he’s been seen with West at his home in Calabasas, was referred to in the Charlamagne the God interview, and has replied to some of West’s tweets, giving more clues as to what they might mean.

For example, when West tweeted out four images on April 22 featuring work by David Hammons and Joseph Beuys, Emory replied with a spade emoji. According to @Snowcone965’s theory, the spade refers to Hammmon’s desire to “turn racist cliches (spade) on its head,” which can be linked to West choosing to wear the Confederate flag in the past, and more recently, wearing a Make America Great Again hat signed by Donald Trump.The whole thread is full of carefully-considered hints pointing to a theory that Kanye West is in the midst of an elaborate Andy Kaufman-style performance art piece. Check out the whole Twitter thread below, and let us know what you think in the comments.