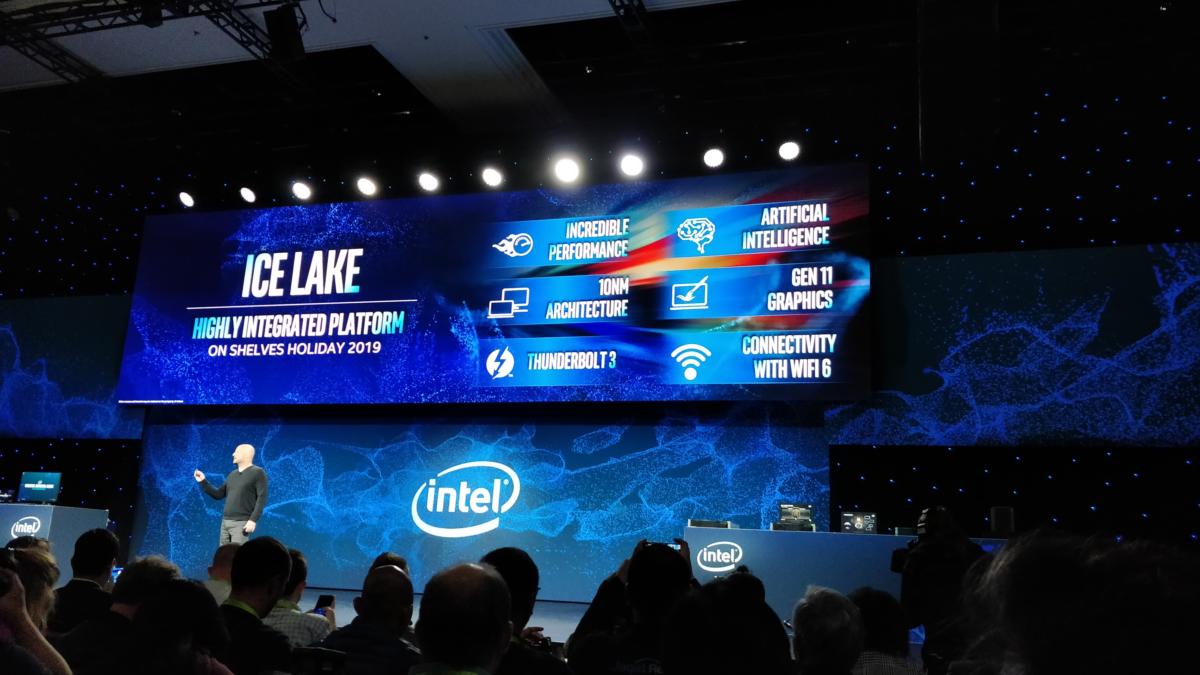 Apple may end up making Macs with processors of its own design, but that’s not expected to happen soon. And if it does happen, it probably will take several years before the entire Mac lineup has transitioned to Apple-designed chips.

In the meantime, it’s safest to assume that the Macs of the next couple years will primarily use Intel processors. So any time we can get a look at Intel’s roadmap, we’re getting a peak at the heart of the Mac.

On Wednesday, during an investor presentation, Intel extended its public roadmap through 2020 and gave an update on future products and manufacturing processes. Here’s what that means for the Mac.

Intel has been struggling to bring 10nm chips to market—the 14nm process node has lasted two years longer than expected—but it will finally ship volume processors for consumers with the 10nm process this year.

The company’s first large-scale 10nm consumer product is codenamed Ice Lake, and is expected to ship to Intel’s customers in June. It’s aimed at laptops, from ultra-portable up to high-performance models.

Ice Lake processors use Intel’s brand-new Sunny Cove CPU architecture, which should deliver the first real boost in single-thread performance in a long time. Most of Intel’s speed gains over the last few years are due to boosting clock speeds and adding cores, but the Sunny Cove architecture is expected to make each core faster, clock-for-clock.

Ice Lake should deliver the biggest boost in the non-CPU parts of the chip, however. The new Gen-11 graphics core will be up to twice as fast as the graphics in today’s MacBooks (except the 15-inch MacBook Pro, which uses AMD’s Radeon graphics). It will also speed up AI operations by a large amount, and incorporate faster wireless networking and integrated support for Thunderbolt 3.

All told, it means a new set of MacBooks with significantly faster CPU performance and much faster graphics performance. In particular, these chips should greatly accelerate video encoding, so video professionals are probably going to want to upgrade. Faster integrated wireless and a built-in Thunderbolt 3 controller may mean reduced internal complexity for Apple, which could mean thinner or lighter MacBooks, or maybe just more battery capacity.

Apple is rarely quick on the draw enough to have laptops with Ice Lake CPUs ready in time to be announced at WWDC this June, even if they would ship weeks later. It’s likely that Apple will have new MacBooks with these chips ready for the fall, instead.

After Ice Lake comes Tiger Lake, another 10nm chip that is expected to significantly boost performance again, especially in the areas of graphics, AI computation, and video encoding. It will incorporate Intel’s next-generation Xe graphics technology, which will eventually power all Intel’s graphics products, including new add-in cards for PCs and, presumably, discrete graphics chips that Apple could use in the iMac or Mac Pro. Tiger Lake is expected to land in 2020, though the exact timing is not clear. If it’s later in the year, we probably won’t see Tiger Lake Macs until 2021.

Lakefield next year (if ever)

Intel has another 10nm product coming up later in 2019, code-named Lakefield. It’s a 3D chip-stacking technology that lets Intel stack the main processor, RAM, and platform architecture stuff like storage and USB controllers all on top of each other. The idea is to cram everything into a much smaller area.

It’s not clear that Apple would want to pursue Lakefield as a solution for the Mac. When the company wants innovative portable devices, it turns to iOS and its own processors. However, it might be a good choice for products like the 12-inch MacBook or the MacBook Air, which prioritize portability and battery life over top-end performance. The very small footprint of a Lakefield-based logic board would leave a lot more room inside those laptops for more battery.

If Apple does anything with Lakefield, we probably won’t see it until 2020. Apple is rarely in the first wave of products to use a new Intel processor or platform, and the very first Lakefield-based PCs are expected to come to market at the end of the year.

7nm is a long way off for Intel

Intel cautioned that its 10nm manufacturing process, already years late, is going to be around for a while. Its lead product for 7nm is expected to come in 2021, but it’s going to be for servers and datacenters that do high-performance computing and AI work.

Apple’s A12 is already built using a 7nm process, and by 2021 it’s expected that TSMC (Apple’s go-to partner for chip manufacturing) will be ready with its 5nm process. We should note that not every company measures chip feature sizes the same way, and that Intel’s 10nm process is closer to TSMC’s 7nm, while Intel’s 7nm process will be close to TSMC’s 5nm process.

Intel may not have 7nm consumer parts ready until 2022—and even if they come late in 2021, Apple may not be able to bring it to the Mac until then. That leaves a lot of time for Apple to transition the Mac to its own ARM-based chips.