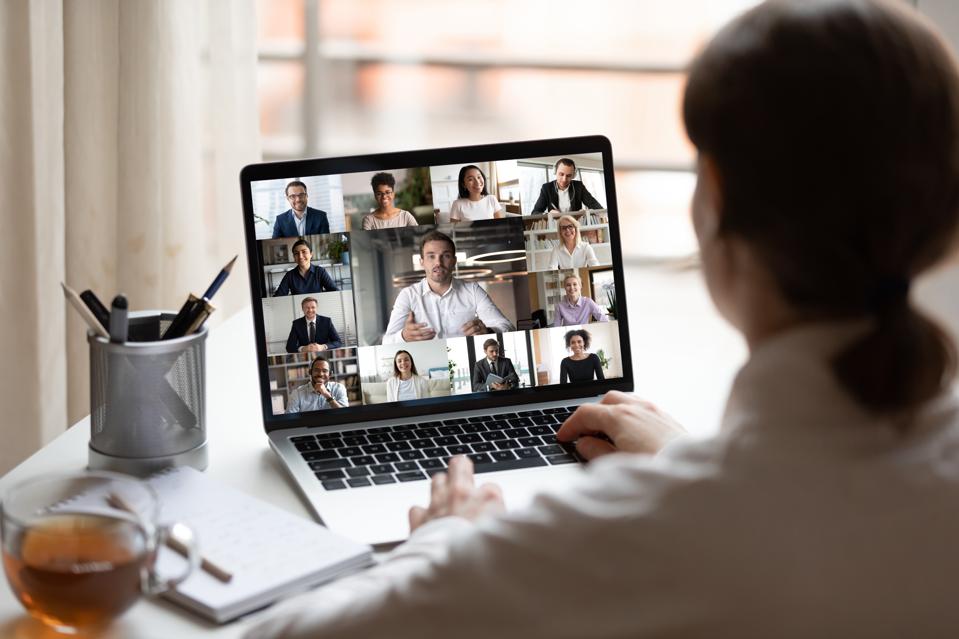 Last year, I wrote about LeiLani Cauthen, CEO of the Learning Counsel, in a piece entitled How This Entrepreneur Discovered An Inevitable Problem And Turned It Into An Opportunity. Cauthen identified a need to help school districts come to grips with the digital transition taking place in America and around the world. The majority were ill-prepared to understand the implications of this technology shift and the tremendous benefits for learners that technology could bring.

Her firm, the Learning Counsel, had made tremendous strides in a few short years, producing approximately 30 regional events per year with school and district executives.

Then the news began arriving about the new Coronavirus, COVID-19. By early March, attendees at Learning Counsel events were starting to cancel. Even while she flew into Philadelphia for an event the next day, cascading loss of attendance was happening, and Cauthen’s team was forced to decide that in-person events were no longer viable.

At this point, it was unclear whether the Learning Counsel could survive without the 30 regional events, and the sponsor revenue they generated.

Cauthen’s team had two choices: They could either say goodbye to their progress or instantly reinvent themselves as a leader in virtual events. These virtual events would include professional development through distance learning—all while everyone worked from home.

Cauthen states, “It wasn’t a difficult decision. The team wasn’t willing to give up on the seven years of progress we had made helping America’s educators. It would require a probable decrease in salary for everyone and even greater work hours. We managed to retain most of our key staff members, and everyone agreed to try. I told everyone to take turns going to the office and take whatever chairs, second screens, or furniture they needed at home to set themselves up for an indeterminate time of remote work.”

The first thing Cauthen did was to send a survey to Learning Counsel followers asking them if they would be interested in attending virtual discussion webinars. Cauthen received more than 17,000 responses in under four hours. She received a positive response along with topic suggestions.

After the response was clear, the Learning Counsel announced a series of eight Emergency National Virtual Discussion webinars. By Friday, they had almost two thousand attendees sign up, and sponsors for four of the eight webinars.

Cauthen sent texts to her favorite Superintendents to agree to be panelists, and she received immediate feedback texts back within minutes, “Yes, whatever you need.”

Scrambling To Build Out Webinars

The following week saw Cauthen and her team scramble to choose the proper webinar platform, and learn how to deliver what they had promised. “It was a bit of a madhouse. Talk about building the airplane while it was flying. I was pulling together the guest speakers, the tech team was putting together the format, and we had the rest of the team attending practice webinars so we could work out the kinks. By the time we launched our first webinar on April 2nd, it looked like we knew what we were doing. You wouldn’t have known what we went through to pull it off,” states Cauthen.

On May 5th, the Learning Counsel began their next eight-part webinar series, called Crossroads, which will be completed on May 21st.

“Now, it feels like we have been doing these forever. Attendance remains very high, and this format seems to be delivering very well for our sponsors. We have also launched a new podcast series using our EduJedi Leadership Society professional development program as the podcast brand,” states Cauthen.

They have talked for some time about starting a podcast but never thought they could launch one so quickly.

Cauthen says, “We have been very fortunate that sponsors were quick to convert from in-person to virtual events. It seems that the entire school population is online right now searching for resources to help them with their new normal of online learning. Therefore, attendance for our webinars and podcasts have been unusually high—certainly much higher even than we could have predicted.”

But Cauthen says the real secret sauce has been the quality of their broadcasts. Seven years of networking and in-person events have given them the relationships they need with some of the greatest minds in education.

These relationships have translated into a unique type of content that is simply unavailable in any other webinars or podcasts.

“The actual webinars have been very illuminating as to what is happening on the ground out in schools and districts. Some administrators representing more imperiled areas were somewhat shell-shocked,” Cauthen states.

Others were sharing emotional stories of using video conferencing to get the Kindergarteners back together for the first time. All of the students cried because they missed each other so much.

One Superintendent shared that he became aware that one of his teachers was working some twelve hours a day, mostly on video conference calls with students and the rest building virtual lessons in the evenings.

Cauthen notes, “One of the things we realized right away was that the topics we promoted were secondary to just getting a lot of these leaders together to share and feel a part of our broader community, all battling on in every area of America.”

Although Cauthen says it’s too early to declare the transformation a success, she feels like she is helping captain a battle for the survival of education right now.

Looking Toward The Future

“It remains to be seen whether this new virtual business model is sustainable, let alone whether it can grow and spawn additional virtual services. If and when things return to normal, we will certainly restart our regional events. What’s surprising is that educators are still registering for live events in September and later in 2020,” states Cauthen.

At this point, they are still working through what those events will look like, whether they will need larger venues to provide for social distancing, and whether they will have to limit attendance to 50 or less.

They also know it may be some time before people are comfortable with attending events, although some educators have said they can’t wait for them to come back to have a chance to come together again.

As things do normalize, they will produce the kinds of events that attendees will be comfortable attending.

However, they will also continue to produce webinars and podcasts. It looks like for the foreseeable future—a blended model will have the best chance at making a difference for America’s educators and learners as they transform into hybrid models to be ready for whatever comes next.

In the meantime, The Learning Counsel will keep teeing up more virtual events with more discussions we’re hearing are needed.