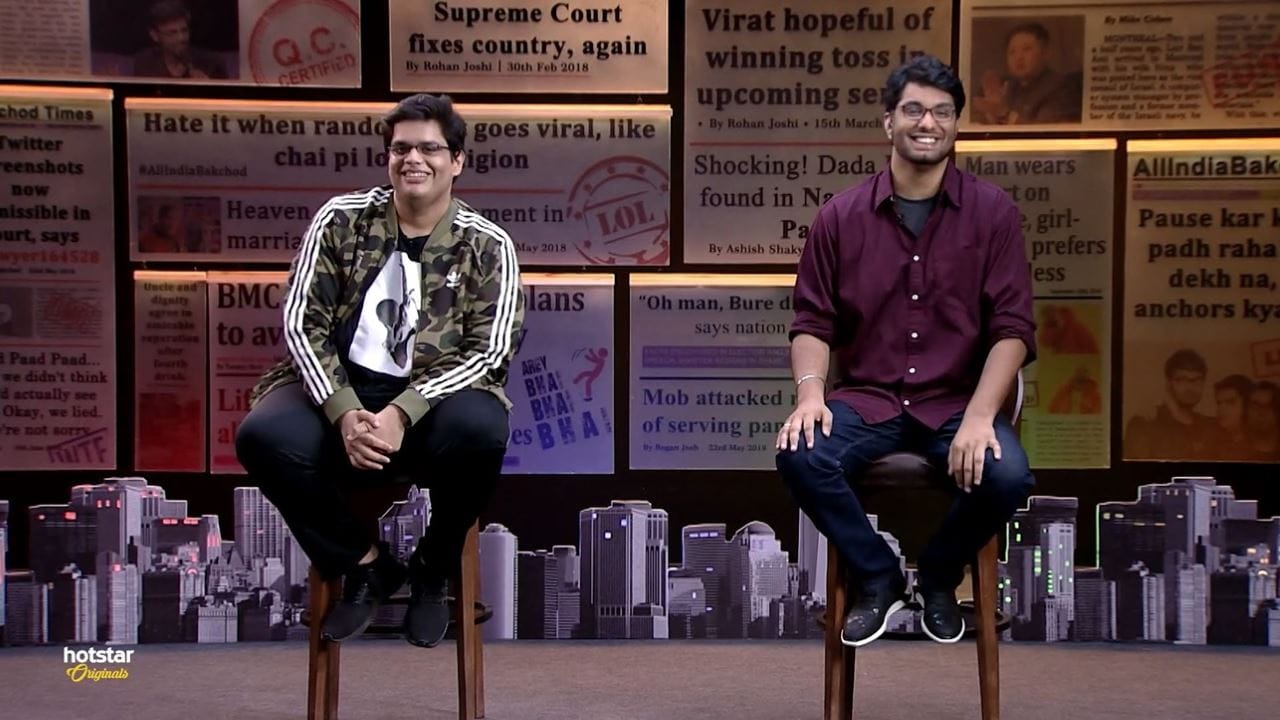 Hotstar has cancelled On Air with AIB season 3 in the wake of the sketch comedy group disassociating itself from two of its co-founders and members — Tanmay Bhat and Gursimran Khamba — over allegations of inaction over sexual harassment and inappropriate behaviour that have come to the fore in recent days as part of India’s #MeToo movement. The show had aired its most recent episode on Monday.

In a tweet on Monday night, Hotstar said: “In light of recent events involving [All India Bakchod], we are cancelling the production of On Air with AIB season 3, with immediate effect. We are deeply concerned by these developments, which run contrary to our values as a responsible platform, and will not stand by anything that compromises the respect or safety of women.”

The statement from Hotstar came hours after the comedy collective had put out a statement of its own earlier on Monday, in which AIB’s HR head Vidhi Jotwani said that Bhat would be “stepping away from his association with AIB until further notice” and that Khamba had been put “on a temporary leave of absence” until they could properly look into the allegations made against him.

“Truthfully, we do not know what this means for the future of AIB or whether there is one,” Jotwani added as part of AIB’s prepared statement. It was the third statement in four days from AIB, on the back of condemning writer-comedian Utsav Chakraborty, who had worked with AIB in the past, for sexual harassment and soliciting nude photos from women, in one case even a minor.

Bhat had been made aware of Chakraborty’s actions but didn’t take appropriate action, AIB confirmed in its second statement on Friday. The allegations against Chakraborty first surfaced on Thursday, and the resulting furore has brought out an avalanche of allegations — going back decades in some cases — from women across India, primarily in the journalism and entertainment sectors.

Khamba, meanwhile, was accused of sexually inappropriate behaviour, harassment, and emotional abuse on Monday by a woman who chose to remain anonymous. The AIB co-founder issued an apology on Instagram a few hours later, admitting he “did not behave appropriately at all” and that his “behaviour was extremely uncalled for”, though he denied two other incidents.

Hotstar isn’t the only one that has dropped an AIB project from its slate. The Mumbai Academy of Moving Image (MAMI), which runs the annual Mumbai Film Festival, announced at midnight on Tuesday that it had decided to drop the AIB-produced film Chintu Ka Birthday from its lineup alongside the Rajat Kapoor-starrer Kadakh. Kapoor was accused of inappropriate behaviour by two women on Sunday, to which he admitted and apologised for.

AIB also has multiple projects in the works at Amazon Prime Video, including the political satire Gormint (earlier known as The Ministry) created by Khamba, which Irrfan Khan pulled out of in August due to health issues; and the second season of reality series Comicstaan, which has Bhat as one of the judges. Gadgets 360 reached out to Amazon for comment on Monday afternoon immediately after AIB’s statement but hasn’t heard back yet.