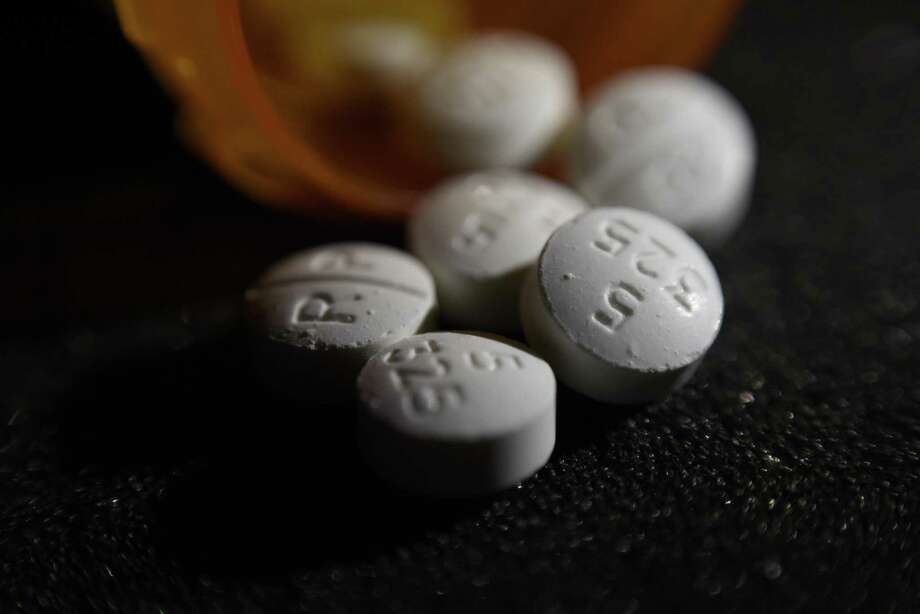 – The head of the Food and Drug Administration on Wednesday called on Internet providers to help rid the Web of illegal offers of prescription opioids and illicit drugs such as fentanyl that have contributed to the nation’s drug crisis. And on Thursday, the surgeon general is scheduled to recommend that more people keep on hand an antidote for overdoses – the latest examples of public health officials scrambling to respond to the opioid crisis.

Noting that Internet providers and others have taken action when the government required them to help control the spread of child pornography, FDA Commissioner Scott Gottlieb said it is time for a similar, but voluntary, response to opioids. The painkillers have created the worst drug epidemic in U.S. history, one that killed nearly 64,000 people in 2016.

“I know that Internet firms are reluctant to cross a threshold where they could find themselves taking on a broader policing role,” he added. “But these are insidious threats being propagated on these Web platforms.”

Gottlieb cited a recent congressional investigation that noted how easy it is to find the powerful opioid fentanyl online, pay for it with cryptocurrency, PayPal or other methods and receive it via the U.S. postal system.

The investigators identified 500 transactions worth $230,000 with 300 people in 43 states, Gottlieb said. They identified seven people who died of overdoses after receiving drugs online.

He said the FDA would soon meet with chief executives of Internet companies, researchers and advocacy groups to identify solutions.

The FDA’s concerns come at a moment when technology platforms are being increasingly held to task for distributing information that is against the public interest. YouTube’s algorithms have been manipulated by outsiders to make hoax videos go viral; Facebook’s software has spread false news stories and Russian disinformation to more than 100 million people.

A two-decades-old law, Section 230 of the Communications Decency Act, gives Internet companies vast protections from responsibility for illegal activity that is posted on their platforms by third parties.

Libby Baney, founder and executive director of the Alliance for Safe Online Pharmacies, said that 96 percent of all online pharmacies are illegal because mainstream drug providers have strong restrictions on anything that would appear to be advertising drugs. She said that tech companies have taken a hands-off approach to policing their search results in this area, though they are vigilant about policing pharmaceutical advertising.

“We have been trained to trust the algorithm, but it doesn’t work for public health and safety, and it leads to dangerous results,” Baney said. “This is big criminal business that is endangering patients – and it is coming up on page one of a Google search. And patients believe they are getting good information because Google gets it right so many times.”

On Thursday, Surgeon General Jerome Adams is scheduled to release an “advisory” calling on anyone with family or friends at risk of an opioid overdose to purchase and have access to the lifesaving antidote naloxone.

The drug, administered via nasal spray or injection and often known by the brand name Narcan, can quickly reverse an overdose of prescription opioids, heroin or fentanyl. States have widely increased its availability in response to the drug crisis, but Adams said more of the antidote needs to be in the hands of private citizens.

A private company, kaleo, said it would provide people in six states who have private insurance with its two-pack of naloxone injectors free of charge and without a prescription. The program will start in Arizona, California, Colorado, Missouri, Nevada and Ohio and will be expanded, the company said.

More than 115 people die of opioid overdoses every day and more than half of those deaths occur at home, statistics show. Also at heightened risk are people who have recently been in a treatment program or in jail, because their tolerance for the drug declines in those settings. But when they relapse, they may take the same dose they were consuming before getting clean.

With 2.1 million Americans suffering from opioid use disorder, “we just want you to think through who’s in your orbit and whether they may be at risk,” Adams said.

Advisories from the surgeon general are reserved for significant public health problems. The last one, in 2005, warned against the dangers of drinking alcohol during pregnancy.

At the Wednesday summit, Gottlieb suggested that it may be time to require mandatory drug prescription and pain management training for medical personnel who provide prescription opioids.

The idea of the government requiring training for those who dispense controlled substances remains controversial because physicians have traditionally resisted it. The American Medical Association, which represents the nation’s doctors, is against mandatory training.

But there is ample evidence that the need for analgesics varies widely from patient to patient and that physicians aren’t sure how many pills to prescribe in different cases. Overprescribing of pain medication is widely considered one of the causes of the epidemic and continues to fuel it, although the number of prescriptions authorized in the United States has begun to fall in the past few years.

To assess the extent of overprescribing, the FDA looked at nearly 1 million surgical procedures and found a wide variation in the number of pills offered for the same operation. Other researchers have found the same thing.

The FDA also found that the average number of pills provided for an appendix or gall bladder removal is 30. But its analysis showed that just one day of pain relief is required on average.