Apple’s next macOS is certain to bring new features to help get iOS apps onto the Mac —but it’s also certain to lose features like Dashboard and any 32-bit apps. Here’s what we expect to hear from Apple at the 2019 WWDC. 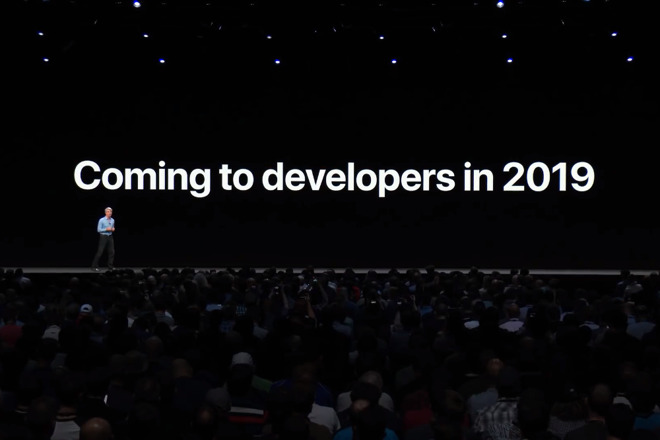 Predictions for what Mac news we’ll get at Tim Cook’s presentation in this year’s WWDC do include what can only be called crossed-fingers wild speculation. However, there is also specific information that is strongly backed up with evidence.

WWDC is actually a week-long event, too, and if Tim Cook’s opening speech is the most visibly, immediately important, there is some news about how the rest will affect us, too, far beyond what we see on June 3.

For it’s at this WWDC week that developers first get to work with Apple’s latest updates. What they learn here will directly benefit us in their apps when macOS 10.15 is made publicly available.

This is always the case, and later on video of some such WWDC sessions gets released, but for now most of what this year’s sessions will be about are secret. There is an official WWDC iOS app and a developer site, both with a detailed schedule, but currently that schedule is filled with placeholder text. 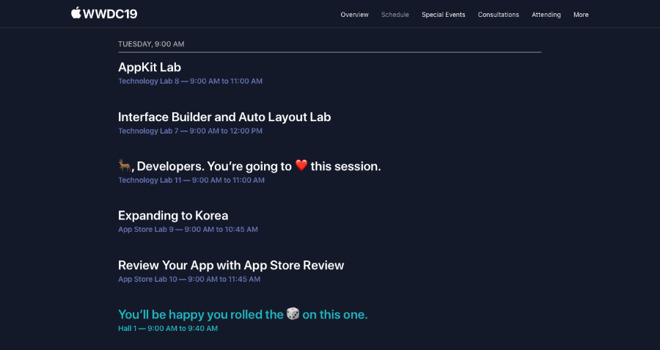 The official schedule for WWDC’s week of sessions

There has been one report, though, of a previously iOS-only feature being featured in one of these sessions because it’s coming to the Mac. ReplayKit, which is behind your ability to record video of your iPhone screen, gets a session in this week.

However, we know one important thing about macOS and we know it because Apple told us so a year ago. This WWDC is intended to feature more about what’s known as Project Marzipan, the idea that will ultimately have developers able to create apps that run across macOS as well as iOS.

Apple even called this “a multi-year project” when it was unveiled at WWDC 2018, so we’re only at an early stage of it. However, that 2018 unveiling showed Apple having made several of its own iOS apps into Mac ones, and the company said that this year other developers would get these tools.

We can expect to see more from Apple on this, and it’s most likely that the firm will announce its moving the new Reminders, Apple Books, and Find My iPhone/Find My Friends combination from iOS to the Mac for macOS 10.15. 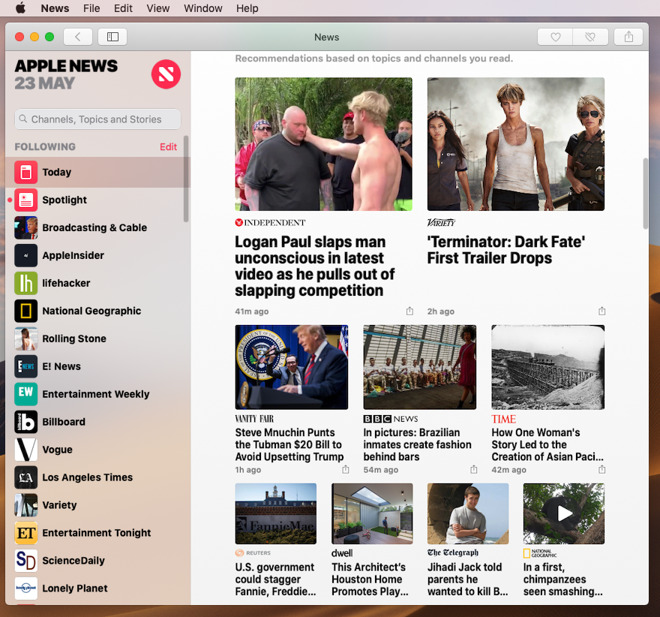 Apple News was brought from iOS to the Mac last year

While it would be a much bigger move than last year’s porting of the iOS Home app to the Mac, it’s also said that Apple may bring Siri Shortcuts to macOS too. It’s not clear whether that would simply mean being able to write and edit iOS Siri Shortcuts on the Mac, or whether it would effectively be a replacement for the old Automator utility.

We would very much like to see the existing Marzipan apps updated —Home, for instance, currently lacks the ability to add new accessories —but what we expect now will happen is that iTunes will be broken up into separate apps.

This has been rumored for many years, as iTunes has ballooned out from a simple music player to a complicated app for playing and buying all your media. Plus, iOS already has separate apps for music, video, and podcasts. So even if Apple just continues experimenting with moving its own apps to the Mac with Marizpan, there are three good candidates right there.

Plus now there’s evidence that it’s certain to break up iTunes.

Apple has already stated that there will be a TV app on the Mac, as there is now on iOS, and that either removes or replicates functionality that’s currently in iTunes.

As we get new features, however, macOS 10.15 is also expected to shed some old ones. We already know that 32-bit apps are history as macOS Mojave is the last one to support them.

That obviously affects third-party app developers —though, to be fair, Apple has given them many years of warning that this was coming —but it also has an impact on macOS stalwarts. QuickTime, Java 1.6 Apple and Carbon HLTB are going to be removed.

If your first thought is that you rely on QuickTime Player, which is also a good audio and video recording tool, you can relax. QuickTime Player is a 64-bit app and it will survive into macOS 10.15. It’s the older QuickTime 7 and QuickTime 7 Pro, that date back to the days of Mac OS X Tiger, which are going to be gone.

Speaking of macOS features you didn’t realise you could still have had anywhere, the handwriting system Ink is expected to be removed.

Remember this? It’s still there in macOS Mojave, if you look for it, but it’s going to be gone in 10.15

And speaking of macOS features you only distantly remember, the Dashboard is on its way out. You’re not even sure you remember how to call up the Dashboard, this feature that was supposed to be a brilliant way to quickly access small utilities.

If you hanker for it, you can re-enable it in macOS Mojave by going to System Preferences, Mission Control, but enjoy it while you can.

We can all use this time before WWDC to also enjoy the more outlandish predictions that come before any Apple event. This time there are some, though, that come with a least a little backing.

Chief amongst these concerns the forthcoming Mac Pro. People are always predicting this will be either launched or unveiled. When Apple made the very unusual move back in 2017 of announcing that it was coming, the company even said it would not be released in 2018. Yet still, without fail, any time Apple announced any event, there was the prediction that they’d unveil the Mac Pro this time, for sure.

Apple runs its WWDC and all its events extremely carefully, extremely precisely. It never does or shows anything for the sake of it, it always calculates exactly what it will show and what it won’t. 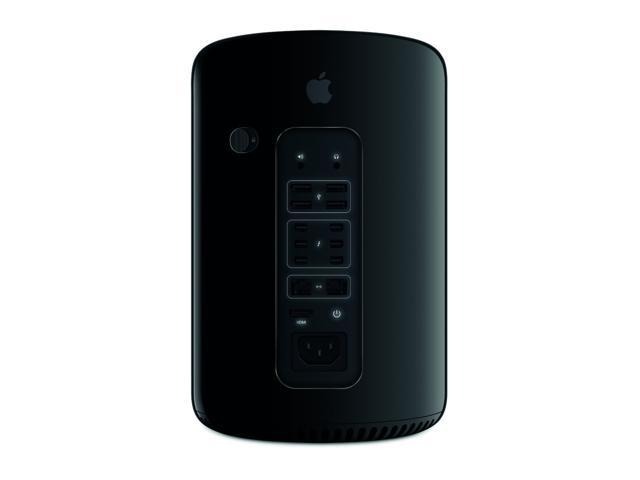 This seemed so good a few years ago. Now we just want its replacement, the forthcoming Mac Pro

There’s no reason we can think of for Apple to just vaguely say that the Mac Pro is still coming, that it is still going to be by the end of the year as repeatedly promised.

And there’s little reason to think it would wedge in something so awaited with a “one more thing” reveal in an already busy WWDC.

That said, maybe the new Mac Pro is further along than we thought. Maybe Apple liked the reaction it got from its out-of-the-blue sneak peek of the iMac Pro. It was reported that the company has been considering whether to show it or not, which at least suggests it’s well advanced.

If Apple does show off the new Mac Pro in any way, though, the odds are then high that it will also unveil its equally promised new monitor.

That’s expected to be a 6K one, to measure 31.6 inches, and to feature mini-LED backlighting. That comes from analyst Ming-Chi Kuo, who is certain that it’s coming —but isn’t guaranteeing that it will come out at WWDC.

There are no guarantees. This year Apple ran its first-ever event that featured no hardware at all, for instance.

Yet when Tim Cook does step out on that stage and start trying to dazzle us with impressive Apple Store numbers, the Mac is going to get some serious attention.

And macOS 10.15 is going to get a name in tribute to somewhere in California.