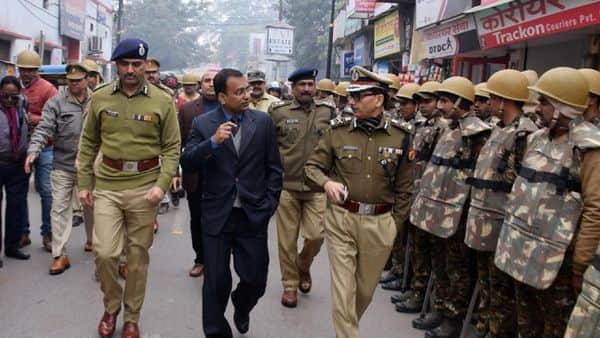 Lucknow: The Yogi Adityanath government has again suspended the internet services in 21 districts of the state till Friday midnight.

Initially, nine districts in the state had been marked for internet shutdown, but close to midnight on Thursday, Additional Chief Secretary (Home) Avanish Awasthi issued an order that internet services in 21 districts would remain suspended till Friday midnight

The internet shutdown is a preventive measure in view of the Friday prayers and possible protests against the Citizenship Amendment Act.

Internet black out is aimed to prevent the dissemination of information through social media in event of any trouble.

Earlier, internet service had remained suspended for six days in Lucknow and was restored on Wednesday night after violence erupted during the anti-CAA protests last week.

Additional Director General (Law and Order) P.V. Ramasastry said: “We have deployed security personnel in different districts of the state and held talks with the local people. Internet services have been suspended for a day, and we are closely monitoring content on social media.”

Meanwhile, the frequent internet shutdowns have begun to cause resentment among the people.

Manav Agnihotri, a student in Prayagraj, told IANS on Friday morning that internet shutdown were adversely affecting his studies. “We have become dependent on the internet for studies and this is affecting my studies because I am preparing for civil service examinations next year.”

Chhatrapal Singh, a retired government officer, was even more angry when he said: “If the entire law and order situation is dependent on the internet, then the government should permanently suspended internet in the state. This is supposed to be the digital age, but every two days, we face a network blackout.”

Singh is particularly angry because he cannot communicate with his son’s family which is living in the US.

With the New Year round the corner, the repeated internet blackouts have also begun to affect celebrations.

Almost everything — from bookings to ordering supplies is done online these days. People have begun cancelling bookings for the New Year Eve parties because of this feeling of insecurity in view of the violence and the shutdowns.

Meanwhile, the police and para-military forces will be carrying out flag marches in communally sensitive cities and clerics have been asked to ensure peace after the Friday prayers.