Home
Internet
We Built A Broken Internet. Now We Need To Burn It To The Ground. 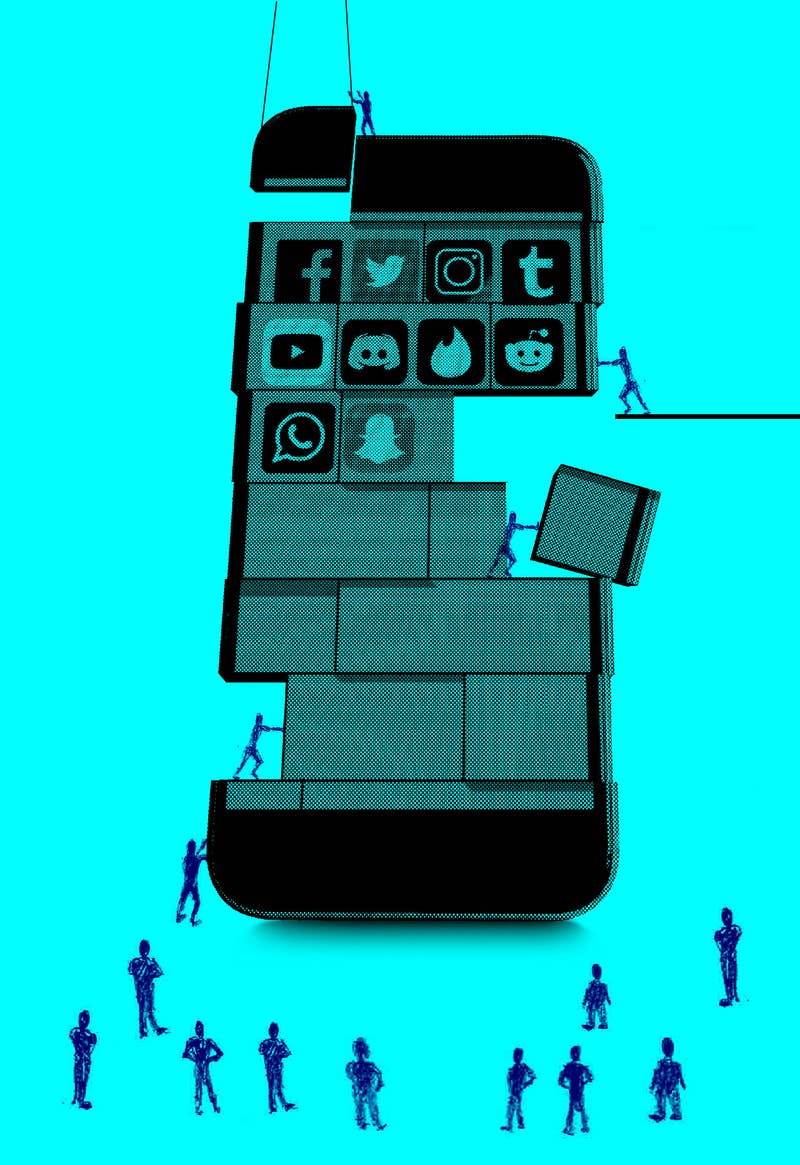 In the ten years between those two tweets, some things happened that are worth exploring. But first, let’s explore what happened before that very first tweet was even sent, because it laid the foundation of everything that was to come.

Twitter and my design shop, Mule, used to be right across the hall from each other in a run-down shitbox of a building in San Francisco’s SOMA district. We were friends with a lot of the original crew that built the platform. They wanted to build a tool that let people communicate with each other easily. They were a decent bunch of guys—and that was the problem.

They were a bunch of guys. More accurately, they were a bunch of white guys. Those white guys, and I’ll keep giving them the benefit of the doubt and say they did it with the best of intentions, designed the foundation of a platform that would later collapse under the weight of harassment, abuse, death threats, rape threats, doxxing, and the eventual takeover of the alt-right and their racist idiot pumpkin king.

The promise of the internet was that it was going to give voice to the voiceless, visibility to the invisible, and power to the powerless. That’s what originally excited me about it. That’s what originally excited a ton of people about it. It was supposed to be an engine of equality. Suddenly, everyone could tell their story. Suddenly, everyone could sing their song. Suddenly, that one weird kid in Helena, Montana could find another weird kid just like them in Bakersfield, California and they could talk and know they weren’t alone. Suddenly, we didn’t need anybody’s permission to publish. We put our stories and songs and messages and artwork where the world could find them. For a while it was beautiful, it was messy, and it was punk as fuck. We all rolled up our sleeves and helped to build it.

If your reply is that we didn’t design and build these things to be used this way, then all I can say is that you’ve done a shit job of designing them, because that is what they’re being used for. These monsters are yours, regardless of what your intentions might have been.

We can’t control every way that people use the tools we build, but that doesn’t make us any less responsible for them. I realize you didn’t build these monsters on your own, but regardless of how many people’s parts your monster is made from, the fingerprints will always be your own.

The machine we’ve built is odious. Not only can we not participate in its operation, nor passively participate, it’s now on us to dismantle it. It was built on our watch and it needs to burn on our watch. When a platform we designed and built to connect people across the world is used to doxx the parents of murdered children, and the people who run it refuse to do anything about it; when they refuse to fix it because they don’t see it as a problem; when they attempt to justify the profits with which they’re lining their pockets as values, we need to burn it to the ground.

When we refuse to let our own children use the fruits of our labor while still cashing the checks we’re earning by addicting other people’s children — all the while rending our garments over “what’s happening to kids today!” — we need to burn all our work down.

The prevailing wisdom of the era that produced this nightmare was that you build the things you and your team wanted to use. You’d sometimes hear this phrased as “eating your own dog food.” Charming. The problem is that when your team all have roughly the same experiences, and you end up building the tool that works for that team, you’ve marginalized everyone else.

That’s from Brian Norgard, formerly the Chief Product Officer at Tinder, also an investor in SpaceX and Lyft. Sent out on July 25, 2018. The idea that you build the product you want to use is alive and well in Silicon Valley. (As is the idea that guesswork is the alternative to bravado.)

Product teams in Silicon Valley are dominated by white males. Only 25% of computing jobs are held by women, according to The National Center for Women & Information Technology’s Women In Tech 2016 report. The majority of those jobs are held by white women. Latinx women clocked in at 1% of that particular workforce.

That means not only are we excluding everyone who’s not white and male (gonna go out on a crazy limb here and include heterosexual and cis in that description) from designing and building the tools of the future, we’re explicitly excluding them from being served by those tools. We are white men building tools for white men.

For ten years, Twitter has been dealing with harassment and abuse on its platform. It’s gone through a few CEOs. All white. All male. Every time there’s a high profile attack, one of those CEOs comes out and does a dog and pony show about how Twitter will now finally — no really this time for real — actually look into cutting down abuse and then three weeks later, they roll out rounded corners for tweets instead. (I guess the tweets won’t hurt as much now that the corners aren’t so sharp?)

Twitter doesn’t deal with harassment and abuse because they don’t want to. As Upton Sinclair said, “It is difficult to get a man to understand something when his salary depends upon his not understanding it.” But there’s another reason. The second reason is that Twitter is too hard to fix. Twitter was broken from conception. Twitter’s original sin occurred the day that four white boys sat around a room and designed the seed of what the platform would be.

Having one very narrow singular viewpoint for a tool that ended up having a global reach was akin to building a time bomb within the foundation. As Twitter grew, it became harder and harder to go back and fix the foundation that was now propping up a towering inferno of garbage. At this point, abuse and harassment are as much a part of the Twitter experience as retweets and faves.

Don’t you want it to work for them? And, for the capitalists who might still be reading: don’t you want their money? If we intend to build successful tools, we need to expand our definition of “we.”