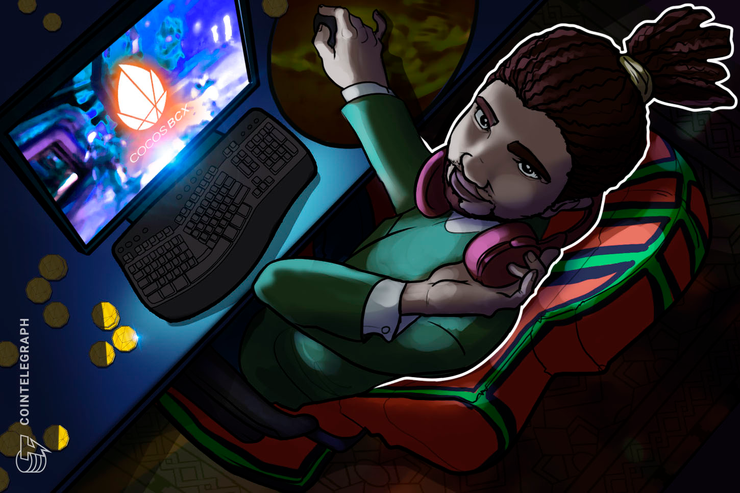 A blockchain company that claims to offer a platform for the next generation of the digital gaming economy has been listed on Binance.

On Aug. 20, the major exchange announced plans to open trading for Cocos, the native token offered by Cocos-BCX. Three trading pairs — with Bitcoin, Tether and Binance Coin — are being offered at launch.

Cocos-BCX says its motivation is to provide an easy-to-use blockchain infrastructure for gaming developers, enabling them to build games in a graphical way without having to solve technical issues that often form high barriers to entry. This is coupled with a desire to deliver a “just, fair and open game environment” for players — with transparent data and clear rules that give avid gamers the opportunity to save their assets in a “permanent, secure and decentralized way.”

One compelling feature allows a player’s game assets and props to be used across different titles if they all fall under the same universe. Through its technology, Cocos-BCX believes it can deliver unprecedented autonomy to gamers — and will deliver experiences and formats that they have never encountered before.

Cocos-BCX notes it is the first nonpublicly funded project to be listed directly on Binance over the past year, and that unlike other blockchain projects, it offers solid technologies and products that were being shipped even before the token listing.

Cocos-BCX says there are three key components to its offering. A game engine serves as the software framework and supports various blockchains. Meanwhile, a visual and data-driven development environment is designed to cater specifically to gaming use cases. Finally, a Graphene-based public blockchain has been developed specifically for high-performance applications such as games. The team’s vision is to create an open system in which all development environments and blockchains are supported.

Through its game engine, developers can create, build and test blockchain-based games for a multitude of platforms. Conventional titles can make the transition to blockchain with ease, without requiring a developer to learn new and unfamiliar programming languages beforehand. Cocos already has a strong track record in the sector, as its infrastructure has been relied upon by more than 1.3 million developers who want to deliver instant games.

Cocos-BCX has made a number of breakthroughs over the past year that it believes will drive the blockchain gaming revolution. In November 2018, it unveiled NHAS-1808, a new nonhomogenous asset standard that is designed to improve existing standards for nonfungible tokens.

The company says NHAS-1808 will unlock new asset-based business models and a unique worldview-based economic system, as well as pave the way for industrial-level game development on blockchains. Key characteristics include how gamers can enjoy full ownership of their assets — even if a game is suspended — meaning they can be transferred to other titles in order to reduce the risk of loss.

Unlike ERC-721 tokens, which store asset data as part of the contract, NHAS-1808 holds this information separately in order to strengthen security, reduce the costs associated with data transactions and improve chain efficiency.

Another achievement back in June saw Cocos-BCX become the first to support Facebook Libra for VS Code. Members of its ecosystem developed two Integrated Development Environment tools for the Libra Move language — one that can be used to write smart contracts with a web browser, and a VS Code plug-in that provides full support for Move, making it easier for developers to build new and exciting things for the upcoming platform.