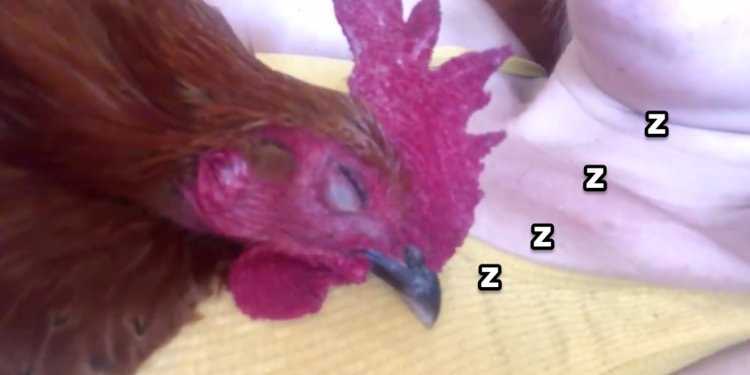 Regan Haggerty tweeted that she thought her rooster was snoring Thursday. The tweet only got five likes. But when she posted the video follow-up Friday, it garnered thousands of retweets and likes.

“His name is ChimKim but we call him Chim. My boyfriend and I moved into a guesthouse and a previous tenant had just left him here when he moved out,” Haggerty told INSIDER.

Haggerty said Chim has been snoring since she’s known him.

“We started leaving our door open, and over time he started exploring inside our apartment and warming up to us. One day, I just decided to pick him up and see how he’d react to being held and cuddled with and he started falling asleep and drifting over because he was sleeping so deeply! And now as soon as our door opens in the morning to let our cats out, he comes right in! He actually started snoring the very first time I pet him to sleep,” she said.

Nicole Gennetta, author of “Backyard Poultry Health Guide: Diagnosis & Treatment,” wrote on Quora in December 2017 that it’s not technically possible for chickens to snore. “Snoring is caused by air passing through a narrowed airway as the individual sleeps. This narrowing can be at the soft palate, nose, mouth or throat,” she explained. “Chickens do not have the same airway structure as humans. Their glottic opening is at the rear of the tongue. This opening allows chickens to breathe with their mouth closed- the air travels from their nares (nostrils) through the glottic opening and into the trachea.”

According to Gennetta, hearing noises from sleeping chickens is common, since it can be caused by “illness, clogged nares, or vibration of the larynx (voicebox).”

Haggerty doesn’t have any illusions about Chim’s snores, though. “I think he’s just chirping a bit, like sometimes when cats or dogs fall asleep they make little noises,” she said. “I like to believe he’s snoring!”