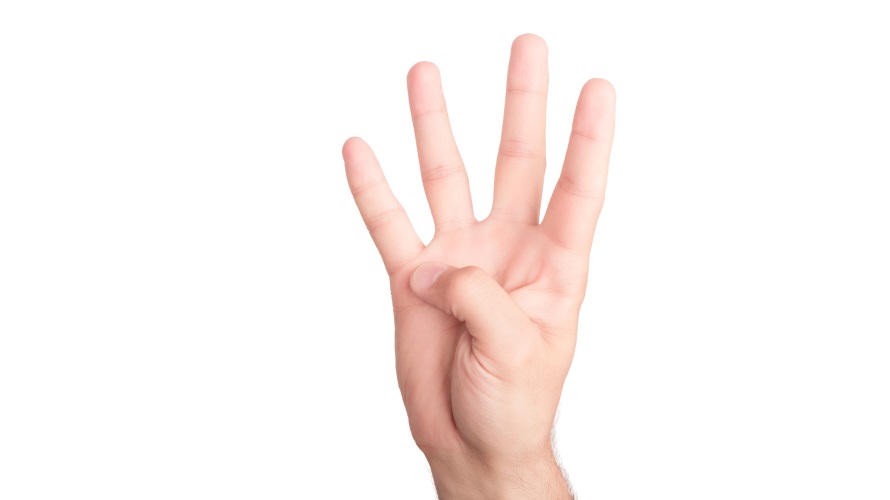 Once seen as purely a tool for entertainment, social media has become an indispensable marketing tool for many industries over the past few years, rivaled only by word of mouth.

According to a first-quarter-2017 report by 4C Insights, overall social media spend was up 60 percent compared with a similar period the previous year. CMO Survey predicted a 17 percent annual compound growth rate from 2016 through 2021 for social media spend. It estimates that the social media advertising investment will represent 25 percent of total online spend in 2018.

Yet, there are some who are not convinced that social media can generate revenue. Clearly, the success hasn’t been uniform across all industries—some are raking in billions of dollars, while some are barely active. But based on the recent trends, we’re likely to see more social media activity from some traditionally inactive industries.

Much like social media, the hospitality industry is a dynamic sector characterized by constant shifts and evolution. Its adoption of technology over the past couple of years has only added to the rapid change.

When it comes to social media, however, the industry’s usage is still in its infancy. We’re just now seeing prominent brands starting to utilize it to their advantage as they integrate marketing with services, such as bookings, into social media channels.

As chefs encourage their customers to post photos of their food on social media and reviews continue to influence buying decisions, mobile pay transactions are taking center stage in the industry. Reports show that 43 percent of restaurantswill be adopting mobile pay by the end of the year. The mobile pay industry is expected to hit the trillion-dollar mark in a few years, meaning that hospitality will have no choice but to be part of it.

In order to quickly adapt to such changes and ensure their effective implementation, the industry needs to first catch up with the new ways of communication—social media being the dominant one.

As they try to learn about the behaviors and expectations of their tech-savvy customers, these companies will rely on social media.

Although most of the business-to-business world has been embracing social media, manufacturing has been lagging. This has been mostly due to the accepted assumption that the average customer doesn’t spend enough time on social media. But that’s in the past, and manufacturers have realized it.

“Now, most manufacturing companies have some kind of presence on social media,” says Raymond Sam of GearScope. “According to an annual report by the Content Marketing Institute, the average number of social media platforms used by manufacturing companies is five, and most manufacturers prefer the big five platforms in this order: YouTube, LinkedIn, Facebook, Twitter and Google+. On the question of the most preferred paid content promotion methods, 85 percent of marketers say their organization uses social promotion.” 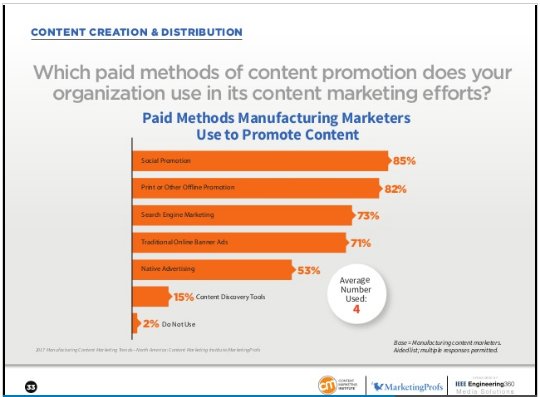 Whether it’s educating customers, boosting brand awareness, enhancing B2B relationships or sourcing customer feedback, manufacturers can benefit from social media in many aspects of their businesses.

Emphasizing the importance of making use of social media, Michael Del Gigante, president of MDG Advertising, says, “Manufacturers have been slow to integrate social media into their marketing strategies, but it’s an essential tool for content promotion and lead generation. Manufacturers that don’t embrace it will find themselves falling behind their social-media-savvy competitors.”

You can’t talk about compliance issues hindering the adoption of social media without mentioning pharma.

While the communication lines of pharma are highly regulated, the number of pharmaceutical companies using social media to reach and engage with their consumers, potential hires and other healthcare professionals has been steadily increasing.

How’s pharma navigating the big world of social media? Lux Narayan, co-founder and CEO of Unmetric, tells Forbes of the “four-silo” approach pharmaceutical companies have taken to ensure that they reap the most from social media.

When conducting research for its report, Unmetric found that pharma has organized itself into four areas to boost its social media presence:

As patients get used to going online to find treatment recommendations, emotional support and general engagement with their peers, the industry will need to gear up its efforts on social media to stay connected to its consumers.

The finance industry is heavily regulated. The compliance issues alone have been enough to make would-be social media users in the industry think twice about testing the platform for marketing.

Speaking to Hootsuite, financial services expert Amy McIlwain said, “In addition to compliance, one of the reasons financial advisors initially held back was the belief that their clients––baby boomers and seniors––were not on social media.” She went on to say that the situation has changed with baby boomers flocking to platforms such as Facebook and Instagram. She continued, “LinkedIn reported in 2014 that more than 5 million high-net-worth people in North America were likely to use social media to assist with financial decision-making.”

Another important currency in finance is trust. When money-in-motion events such as job change, retirement or graduation occur, customers look for trustworthy financial advisors. To build this trust and ensure that they remain on the minds of their customers, financial institutions will have to turn to social media.

To reach its audience, which now includes avocado-toast-consuming millennials, the finance sector will need to get on with the times and start using social media.

With promises of further advancements in technology, faster Internet speeds and generally better connectivity in 2018, social media is likely to be embraced by more brands across many industries. No matter how much success they’re having with other platforms, most industries are quickly realizing that social media is no longer optional—it’s now an important part of the overall business development strategy.

Industries such as tech, fashion, real estate, retail and marketing have shown that all it takes to see success with social media is the right mix of attention, commitment and effort—and, yes, a budget, too.